Love Island 2018's contestant Eyal Booker used to be in a pop band EverYoung, so who are they, what did they sing?

Eyal Booker singing in pop band Everyoung isn’t something we expected from the Love Island 2018 contestant with his star gazing comments and spiritual ways - unless Megan Barton Hanson or Dr Alex is involved obviously.

But it’s true, ITV2 star Eyal started his career as a singer and even covered Meghan Trainor’s ‘All About That Bass’ at one point. Here's everything we know:

Formed in 2012, the band was made up of two girls and two guys, Eyal Booker (our new reality show hottie) Hollie McKinlay, Jack Morlen and Cherelle Williams who were all friends at Sylvia Young theatre school where the likes of Rita Ora and Nathan Sykes also attended.

They gained a following through their social media and Youtube channels, and through performing in schools and at gigs.

Do You Know Any Of Their Music?

They covered a lot of pop songs on their Youtube channel, but also sang their own material and actually had some small time success with a track called 'You Got Me' that entered the top 30 of the UK indie chart in 2013 and their other tracks included 'Icy Blue', and 'Stuck In This Mess'.

Here they are in the video for 'You Got Me' doing a fabulous STEPS impression. 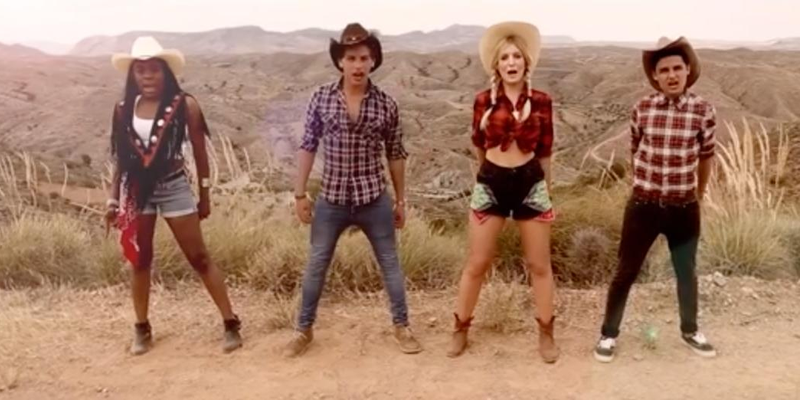 Where Are They Now?

The band decided to call it a day in 2016, but most of the band members are still singing/performing, that is, everyone apart from Eyal who is currently doing some last minute push ups before he goes into the most famous villa in Britain.

As for his bandmates, Holly is still pursuing a career in acting and singing, as is Jack who has an album out on Spotify and boasts an impressive Instagram following. Cherelle has gone down the theatre route, and is currently appearing in Motown the musical and has been in the Lion King!