Love Island's Jack Fincham has been showing off that tattoo quote every night on ITV2 but what the hell does the tatt say? Now we know.

'Love Island''s Jack Fincham is an absolute babe isn't he. He's cheeky, makes breakfast for his bae and is just an all round top geezer. But there's one thing about the hunk that we just haven't been able to figure out.

WHAT. DOES. THAT. TATTOO. SAY. 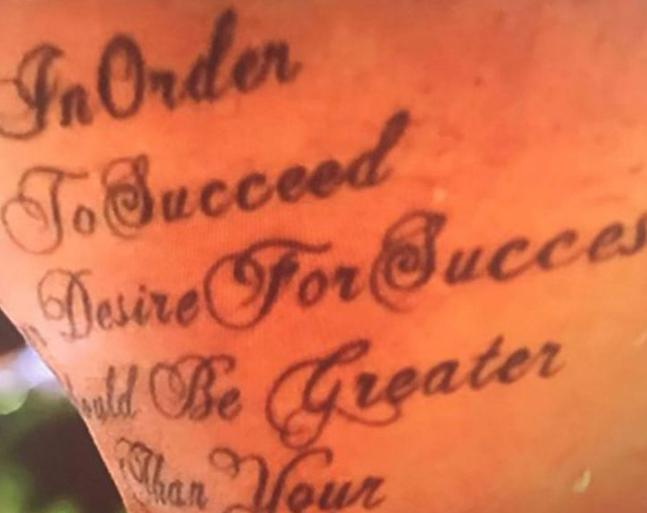 And now, we finally know. But before we tell you, we figured we give you a few fan theories on what it could say first (mainly because they're hilarious).

What does Jack's tattoo say?

Is Jack’s tattoo just an invoice for pens? #loveisland

> QUIZ: Which 'Love Island' 2018 Star Said These Hilarious Phrases In Their Opening VT?

It actually reads: "In order to succeed your desire for success should be greater than your fear of failure."

That's actually rather profound Jacky boy! Let's hope you take that message all the way until the end of the series and walk away with the big cash prize!