People are calling out Kendall Jenner for claiming the new skincare line she's promoting 'cured' her acne when there's so much evidence she uses much more expensive solutions.

Kendall Jenner has found herself in the midst of another paid promotion scandal, being labelled 'misleading' by people for telling fans a low-cost skincare line got rid of her acne, when there's a heap of evidence she's used a 'Beverly Hills dermatologist' and top of the range procedures.

Twitter users have done their usual digging and unearthed examples of her leaving a skin specialist, videos of her celebrity dermatologist, and even Kylie Jenner confirming that they 'cured' Kendall's acne in an old interview.

One Twitter user referenced an episode of sister Khloé Kardashian's show Revenge Body where someone who suffers from acne is taken to their dermatologist, who boasts that 'all the Kardashians, Kendall and Kylie' get treated to the heavy duty 'celebrity treatment' with injections and liquid nitrogen.

If you watch episode 1 of Khloe's 'Revenge Body' the girl has really bad acne and goes to this dermatologist and gets £200 facials, laser treatments every other day, who spoke about how Kendall goes there every time she has a pimple to get it 'zapped' with these magic injections https://t.co/rhlfQhJM1B

After momager Kris Jenner hyped up that her daughter had a big announcement and to 'watch her Twitter', people were disappointed to discover the big reveal was Kendall saying she suffers from acne and is the new face of Proactiv.

In the advert, she says: "For me, I can honestly say, the magic was Proactiv... and I'm hoping I can help people and show people that this is the way I got clear."

Sister Kylie also revealed to The New York Times that she started using Kendall's dermatologist back in 2015, saying: "We have a family dermatologist, Christie Kidd in Beverly Hills."

"My sister Kendall had really bad acne when she was younger, and she really cleared it up. I thought, “Well if she cured Kendall, I should start to visit her."

We all remember the Pepsi ad and backlash, which saw Kendall breaking down on KUWTK apologising for her 'mistake', but we have yet to hear from her about the acne cream situation.

Chris Hughes Leaves Fans Confused As He Mixes Up Date: 'How Is It Snowing In April?' 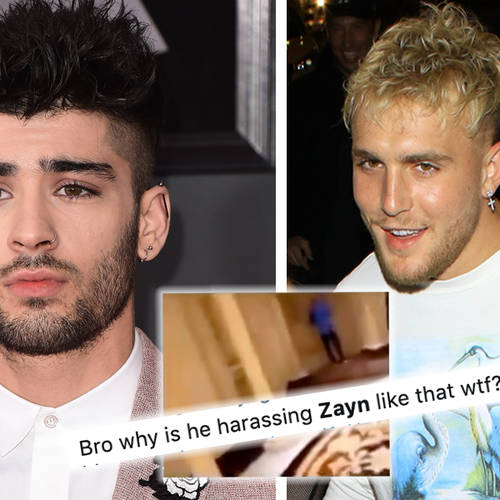