Zayn Malik is in a relationship and even rumoured to be married to Gigi Hadid, but who has the One Direction star been romantically linked to in the past?

Zayn Malik is officially a Dad as he and long-term girlfriend Gigi Hadid welcomed a baby girl to the world in September 2020.
Now, the rumour mill is suggesting the pair secretly tied the knot after a musical collaborator of Zayn's, Ingrid Michaelson, tweeted they were happily married, making fans around the globe spit their drink out and ask 'WTF?'
Since he appeared on the X Factor with his former One Direction bandmates Harry Styles, Niall Horan, Louis Tomlinson, and Liam Payne, he has opted for a very low-key life, even splashing out on a farm with his supermodel beau.
When Was One Direction Formed?
But over the years, the ‘Flames’ star has been romantically linked to a number of women, including his two-year engagement to Little Mix’s Perrie Edwards.
Who else has Zayn been linked to? Let’s take a look at his dating history.

During his time on The X Factor, in 2010, Zayn ended up hooking up with fellow finalist Geneva Lane, but it looks like their short romance didn't end well.

After Zayn's famous split from Perrie, Geneva took to Twitter to slam the ‘Pillowtalk’ star, branding him a ‘heartbreaker’.

Zayn and X Factor star Rebecca Ferguson dated for four months back in 2011, despite their six-year age gap.

However, the mother-of-two and the boyband heartthrob reportedly 'mutually agreed' to split, with Rebecca branding their relationship 'life-changing', in an interview with OK!.

#backstage #revolutiontour #music #tour #live #happy #goodtimes #chilled thank you Having such a good time on the tour , thank you to all my fans.,I’m so happy right now loving the audiences

Shortly after he called it quits with Rebecca, Zayn briefly was linked to Hollyoaks actress and Celebrity Big Brother star Stephanie Davis.

However, they ended their brief relationship five months later, just before he started seeing the ‘Break Up Song’ hitmaker. The couple split on amicable terms, though they haven't really kept in touch since.

Zayn's relationship with Perrie began in 2011, with the 1D singer popping the question two years later.

They were engaged for another two years, but the artists both grew apart and Zayn broke up with the ‘Black Magic’ songstress not long after he announced he was leaving One Direction, in 2015. 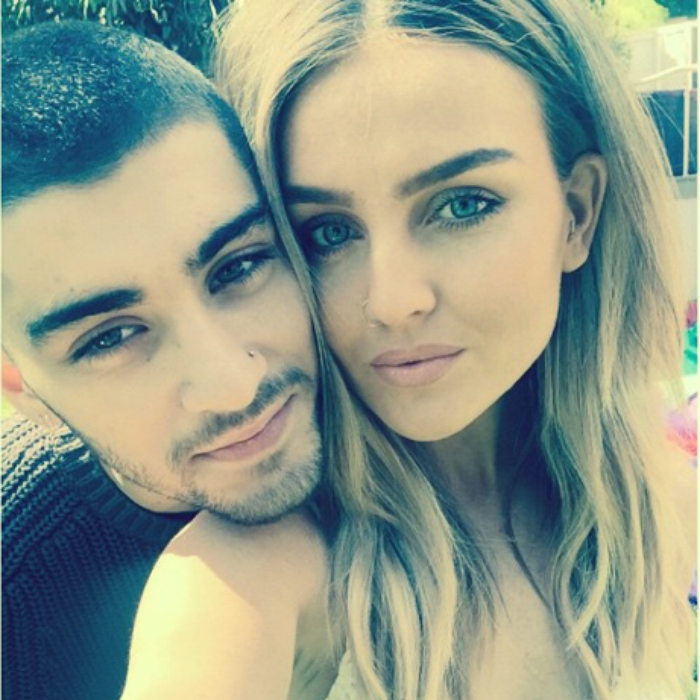 Soon after Zayn's split with Perrie, he posted this snap of a mystery blonde, later revealed as Carlyn Bryan, a PR girl from Los Angeles.

However, it was unclear whether the pair were an item or not.

It was speculated that Zayn and Neelam were dating in 2015 after reports emerged that they had been spending time together.

He and the Burberry model first met at a recording studio London, when he was still engaged to Perrie.

They reunited a month later at the Asian Awards, where she reached out to the ‘Trampoline’ singer on Twitter afterwards, congratulating him on his award, adding ‘catch up soon!’, fuelling dating rumours.

In December 2015, they confirmed their romance with a super cute polaroid on Instagram, and became inseparable, before calling time on their relationship in 2018, with very civil statements about their ‘loving and fun relationship’.

After some rumours of them getting back together months after their split, it seems they rekindled their romance in January 2020, when they celebrated Zayn’s 27th birthday and were pictured hand-in-hand.

In April, it was announced that the lovebirds were expecting their first child together after Gigi’s 25th birthday celebrations dropped hints of doubling-up as a gender reveal party.

She later confirmed in an interview with Jimmy Fallon on the Tonight Show and sent fans into a meltdown full of well-wishes!

They welcomed a baby girl, Khai, in September 2020 and marriage rumours even whirred during lockdown!

Reportedly the couple called it quits in October 2021 after six years of on-off dating after an alleged family dispute between Zayn and Gigi's mother, Yolanda Hadid.

A source revealed to People that Zigi had called it quits, saying: “They are not together right now. They are both good parents though."

They continue to co-parent their daughter amid their separation.