Rebekah's not a happy bunny, apparently.

Rebekah Vardy was the third person to get sent home from the jungle and it’s definitely not the last we’ve seen of her as she is reportedly looking to file a complaint about Joe Swash and make ANOTHER appearance on I’m A Celebrity Extra Camp.

These hard feelings come after the mum-of-four appeared on the spin off show and wasn’t happy with both her interview with presenter, Joe Swash and the previous comments he made when he called her a man for spending time with camp mates Dennis Wise and Jamie Lomas in the jungle.

A source also alleged that Rebekah's interview left her unhappy after feeling “forced to talk” about campmate Iain Lee who she butted heads with. 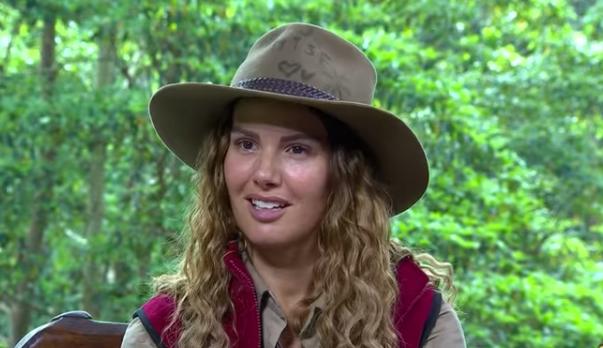 An insider told a tabloid: “Becky came off the ITV2 show absolutely livid. She was ranting and raving at staff over Joe’s comments.

“She made her feelings totally clear and is going to do so on screen again tonight. She’s considering making a formal complaint.

“Becky called [Joe Swash] a ‘weasel.’ She expected Extra Camp to be light hearted and fun – which it is – but ended up feeling like she had her back to the wall and was cornered and forced to talk about Iain Lee.”