I'm A Celeb 2018: Megan McKenna 'Confirmed' For The Jungle In Last Minute Addition To Line-Up

Reality star Megan McKenna is rumoured to be a last minute addition to ITV's 'I'm A Celebrity' as producers are desperate for her to find a jungle romance, tabloids are reporting.

Megan McKenna is rumoured to be the latest addition to the 'I'm A Celebrity' jungle in an 'eleventh hour' addition to the 2018 series as the show gears up to kick off for it's 18th series and people are already getting excited at the prospect of the 'mouthy' star's appearance.

I’m A Celebrity 2018 line-up: Who Is Going Into The Jungle This Series?

As other famous faces including The Vamps' James McVey, X Factor's Fleur East and former footy manager, Harry Redknapp, have all but been confirmed the show as they touch down in Australia to take part in the survival show.

This year's series will be hosted by Declan Donnelly alongside Holly Willoughby, with Dec's usual partner Anthony McPartlin sitting out this series following his stint in rehab this year.

I’m not offended by all the dumb blonde jokes, because I know I’m not dumb... and I also know that I’m not blonde - Dolly Parton 🎼 . . Thankyou for my new blonde hair @brendandrayton at @westfieldeasilocks 💁🏼‍♀️

A TV insider told tabloids producers are 'excited' to sign Megan to the show as she'd potentially find romance with one of the many men headed into the camp and have seen her previous entertaining appearances on reality shows.

The 26-year-old who has previously appeared on TOWIE, Ex On The Beach and Celebrity Big Brother is known for her angry outbursts and tantrums and would undoubtedly bring some drama into the celebrity camp.

Many fans are already buzzing online about the potential new addition to the line-up.

Megan McKenna would be comedy gold if she goes into #ImACeleb 🤞🏼🤞🏼

So, as the rumour mill continues on, we'll just have to keep a close eye on her socials and for those all-telling shots of the stars mysteriously landing down in Oz!

Who Went Out On I'm A Celebrity Last Night? All The Campmates Voted Out 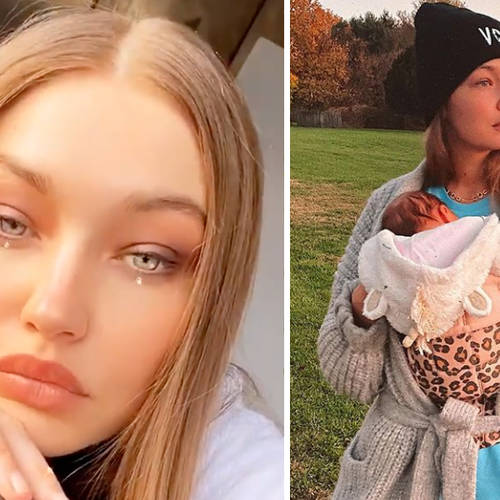 The First Photos From Sex Education Season 3 Filming Are Here