Harry Styles saved someone from serious embarrassment at a Halloween party and it serves as a reminder that he's a genuine, living legend.

Harry Styles has become the subject of a viral internet story as someone has recounted the time she broke an expensive telescope at a Halloween party and the 'Golden' singer covered for her, like the icon he is.

Telling her memorable tale on Instagram page @overheardcelebs, a very lucky lady told the world about a time she was introduced to Mr. Styles at none of than 'Blurred Lines' singer Robin Thicke's Halloween bash in the Hollywood Hills (as you do).

Being as flustered as you'd expect someone to be meeting actual Harry, in the flesh, she knocked over the piece of equipment and Haz helped her cover it up.

They wrote: "A few years ago, I was at Robin Thicke's Halloween party up in the Hollywood Hills, watching my friend flirt with Harry Styles."

We'd just like to pause here to say how much we wish we could have been in your friend's shoes and may we please know more about this encounter at a later time.

"I was very impressed and proud of her bravery."

"She waved me over to say hi, and right when I went to shake Harry's hand, I knocked over Robin Thicke's MASSIVE expensive telescope."

"And what was when I, too, fell in love with Harry Styles."

To make the situation even more hilarious, Robin Thicke's fiancé, April Love Geary, saw the post and commented she remembered the whole event!

She wrote: "Omg it was like a normal sized, never used telescope!! I actually vividly remember the night."

When someone asked if she was the lucky lady in question who was flirting up a storm with our favourite ever guy, she shed more light on the situation!

This is honestly one of the best celeb stories mixed with a real turn of events we've ever read- there's flirting, there's ridiculous expensive stuff no one actually needs, and there's even more evidence, if it was even needed, that Harry is a living angel on earth.

We're still hoping we'll get to flirt with him at a bash at some point in the near future, too. 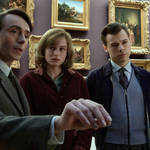 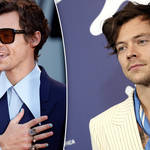 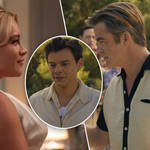 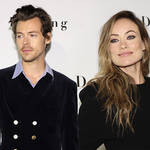 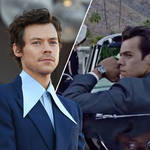 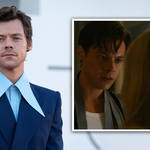 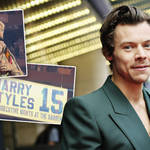