Get to know all the need-to-know facts about 'Future Nostalgia' icon Dua Lipa.

We don't think there's a single person on planet earth who hasn't heard of Dua Lipa and for good reason! With three BRIT awards and three Grammy wins to her name and an endless stream of pop hits, Dua is taking over the world!

Who Won The Grammy Awards 2021? – From Harry Styles To Billie Eilish

But, there are some questions the fans want answered...

Where is Dua Lipa from?

Dua Lipa has connections with a lot of different countries however the singer was in fact born in London, England. Her Albanian parents are from Kosovo where Dua actually moved to in 2008 before moving back to London at the age of 15. 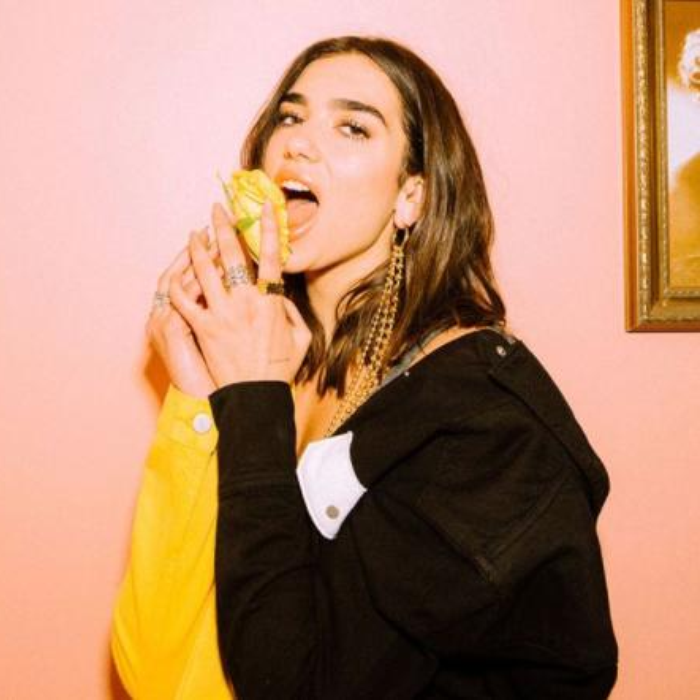 What is Dua Lipa's real name?

Her given name means 'Love' in Albania.

How old is Dua Lipa?

What was Dua Lipa's first single?

Dua released 'Be The One' a whole two years before her first studio album even dropped. Originally released in 2015, the song re-gained popularity with the release of her self-titled LP in 2017.

Who are Dua Lipa's brother and sister?

Dua Lipa has two siblings! Both younger, she has a little sister Rina and brother Gjin who both collected one of Dua's 2018 BRIT awards in front of the likes of Ed Sheeran and Stormzy. Too cute!

How tall is Dua Lipa?

Who is Dua Lipa's boyfriend?

They began dating in June 2019 after meeting at a party, but Dua made the first move by sliding into his DMs.

What is Dua Lipa's net worth?

According to Celebrity Net Worth, Dua Lipa is estimated to be worth £12 million. Wowza.

She's made her fortune predominately through her singing and songwriting but has also worked with huge brands such as Pepe Jeans and Puma to rake in the extra cash.