Little Mix’s Jade Thirlwall’s eating disorder came to an end with the support of her bandmates.

Jade Thirlwall has opened up about her struggles with anorexia and put her recovery down to the help of her Little Mix bandmates.

She's also discussed how she was bullied 'a lot' about her race at school, which led to her becoming 'incredibly insecure'.

Little Mix: 'We Couldn't Go On If One Of Us Left'

Speaking to The Guardian, she said: "At school, I was bullied a lot about my colour. I became incredibly insecure, and was anorexic from 13 to 18.

"Going on the X Factor and being put into Little Mix helped me to recover. I knew I’d never be able to be a singer and live my dream if I stayed the way I was; having that goal was my light at the end of the tunnel."

Opening up about her time in the band, she said it wasn't at all 'competetive' between the girls and they were actually her 'saving grace'.

She added: "People think that girl band members are competitive, but my saving grace was being put in a group where we supported each other and gave each other confidence boosts."

The 27-year-old singer previously spoke about her eating disorder, which she had for five years, saying she was treated in hospital.

The 'Black Magic' hitmaker underwent regular therapy sessions and was discharged weeks before auditioning for the X Factor in 2011.

Jade went on to reveal that Little Mix's first magazine feature gave her a 'complex' after she realised her nose had been Photoshopped.

She said: "On one of our first photoshoots, the magazine Photoshopped my nose, which gave me such a complex. Suddenly I thought: is that how I’m supposed to look?"

"For years afterwards, I wanted a nose job, and then a boob job. I still have days where I have a breakout and I feel like sh**, but I get over it," added the 'Woman Like Me' singer.

Jade isn't the only member in the band who has suffered with insecurities. Jesy made a ground-breaking documentary about her experience with self-love last year and Perrie has opened up about her anxiety in the past.

However, these struggles have brought the gang closer together and they recently revealed in an interview that they 'couldn't go on' if one of them left the group.

"I can't see us ever feuding. Or [if Little Mix split] getting back together without one of us being involved," Jade told MailOnline.

"People know we’re friends. It's not fake with us, you can just tell."

Little Mix The Search: What Is The Talent Show And How Can You Apply?

Little Mix: 'We Couldn't Go On If One Of Us Left' 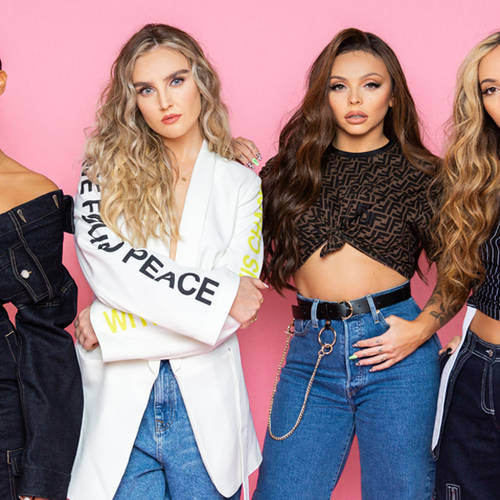