Zayn Malik And Pregnant Gigi Hadid’s Complete Relationship Timeline: How Long Have The Couple Been Together?

Zayn Malik and Gigi Hadid pregnant with their first baby – how long have they been together?

One Direction star Zayn Malik and model Gigi Hadid are expecting their first baby together, with Gigi 20 weeks pregnant when their news was revealed at the end of April.

The couple have told friends and family the sex of their unborn baby, with Gigi combining her birthday celebrations with a gender reveal party and confirming the news days later to Jimmy Fallon.

Gigi Hadid Opens Up About Pregnancy And Her Changing Body, Insisting She's Never Had Fillers

Gigi Hadid and Zayn Malik are pregnant with their first baby

Appearing on The Tonight Show Starring Jimmy Fallon from her family's farm, Gigi told the host: "Obviously, you know, we wish we could've announced it on our own terms, but we're very excited, happy, and grateful for everyone's well-wishes."

TMZ reported on 28 April Gigi is pregnant with her first baby with singer Zayn and hours later Gigi's mum Yolanda confirmed the news to a Dutch radio station, saying she's "excited to become a grandmother in September."

The news came days after Gigi celebrated her 25th birthday, where it looked like she’d combined the bash with a gender reveal party to get her family guessing on whether they’re having a boy or a girl.

It has since been claimed by TMZ and E! Gigi is pregnant with a baby girl!

How long have Gigi Hadid and Zayn Malik been together?

Zayn and Gigi were first spotted together just three months after he called off his engagement to Perrie Edwards. The couple were outed after they were photographed holding hands in November 2015.

In January 2016 Gigi starred in Zayn’s steamy ‘PILLOWTALK’ video and weeks later in February they confirmed they’re together, starring in their first joint photo shoot for Vogue in Naples that April.

The couple confirmed their relationship in December 2015 when Zayn posted a now-deleted black and white Polaroid of Gigi holding her beau’s face.

Meanwhile, Gigi shared a topless snap of Zayn holding her cat despite Zayn calling the dating rumours “just good friends” when he spoke to Zane Lowe that same month.

After finally confirming their romance in February 2016 Gigi posted another snap of Zayn with her cat, this time not cutting out the star’s face and captioning it with a pink heart emoji.

When did Gigi and Zayn make their red carpet debut?

The showbiz pair sent photographers into a frenzy when they walked the red carpet together at the 2016 Met Gala.

Gigi looked incredible in a Tommy Hilfiger gown while Zayn wore a Versace suit complete with a robotic arm for the ‘Fashion in an Age of Tehnolgy’ theme.

When did Gigi and Zayn meet each other’s families?

Gigi and her mum Yolanda spent Eid with Zayn and his family, making the next step in their relationship by getting the families to hang out together. Yolanda even posted a joint selfie of the couple with their mums to mark the special occasion.

Why did Gigi and Zayn split?

Gigi and Zayn first split in March 2018, with each of them posting statements of their own on Twitter before Zayn went on to unfollow both Gigi and her mum.

However, two weeks later they were seen kissing in New York and in June they returned to posting pictures of each other on Instagram.

Break up rumours hit them again in January 2019, with a source at E! claiming this time around: “After trying for a long time, the couple just couldn’t make it work. Zayn has been dealing with personal things for a while and Gigi has become a comfort blanket for him."

After Gigi briefly dated Bachelorette star Tyler Cameron for a brief few months from August to October, she and Zayn got back in touch toward the end of 2019.

The model confirmed they’re back on with a Valentine’s Day post of her man on her family’s farm. 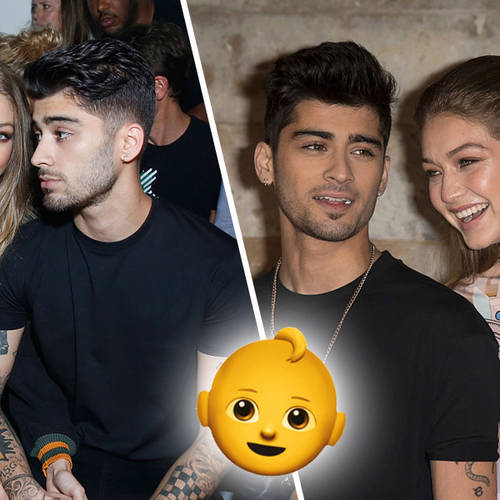 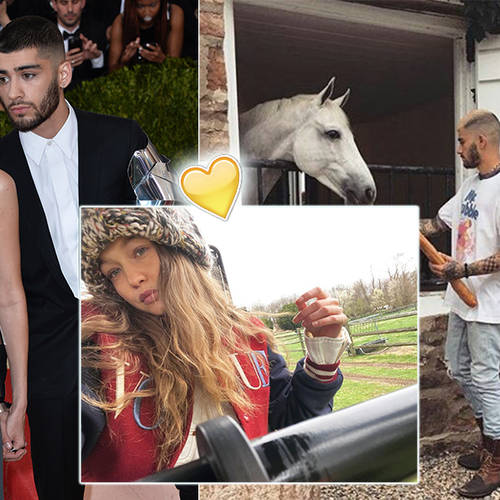 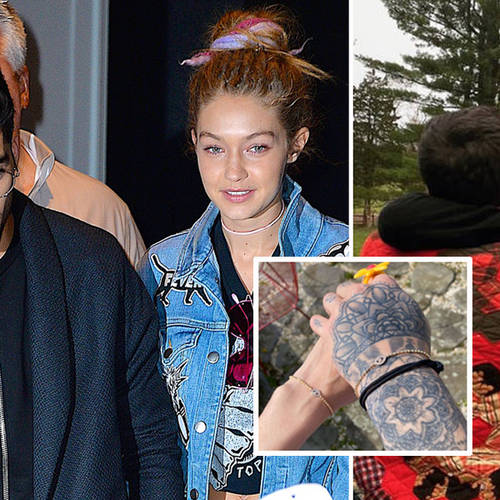