Kim Kardashian and Taylor Swift’s long-running feud appears to have re-ignited itself after the Keeping Up With The Kardashians star announced her perfume would be launching on the same day Taylor’s seventh album is expected to drop.

Taylor has been teasing the release of new music since February, dropping subtle hints and clues as she counts down to April 26 – when we’ll either see the launch of an entirely new album or a new song. Meanwhile, Kim has just announced her next perfume product in collaboration with sister Kylie Jenner.

Taylor Swift’s New Album: Everything We Know About ‘TS7’ So Far – Including Release Date, Theme And What '4.26' Means

The reality TV queen shared a picture of herself and Kylie on Instagram, writing: “KKW FRAGRANCE X KYLIE launching 4/26 at NOON on kkwfragrance.com”, and her upload was soon branded “shady” by many Swifties.

“4.26 is Taylor’s day,” one person fired back, as another said: “You would launch on the same day as Taylor Swift.”

“You are literally using Taylor’s hype and fame of April 26 as your own benefit,” replied another.

kim k is launching a new fragance on the 26th same as taylor's announcement.... why kim? why?

Taylor has been hinting at her launch date for weeks, cryptically writing “4.26” in every caption of her recent uploads – which fans think has something to do with the song ‘Story Of Us’ from her third album ‘Speak Now’ in which she sang the lyrics “looks a lot like a tragedy now, next chapter”.

Fans are now adamant the pop star's seventh album will be her "next chapter". 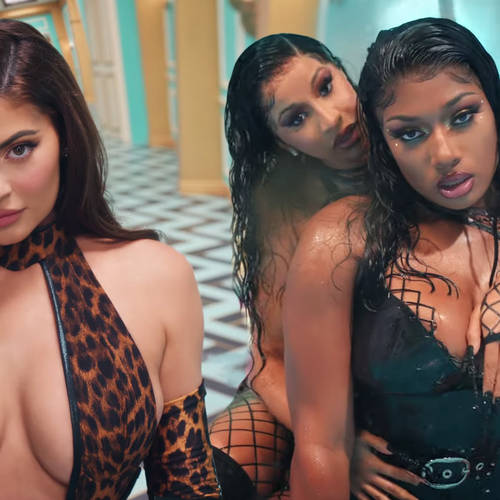