One of the co-creators of Netflix’s ‘Why Are You Like This’ is said to be hopeful for Harry Styles to join the cast of the comedy series.

Harry Styles is reportedly being “eyed up” for a role in a new Australian comedy series on Netflix titled Why Are You Like This.

According to Metro, one of the co-creators of the show - Naomi Higgins - who also stars in it, is hopeful that the ‘Watermelon Sugar’ star will join their cast.

The first season of the series aired on ABC back in 2018 but is now on Netflix with talks of a second season, which the cast members are hoping could be improved by the likes of the former One Direction star.

Naomi, who plays Penny in the Aussie show, told the publication that she’s open to celebs joining the cast, saying: “‘Any celebrity who wants to come on the show message me on Instagram and I’ll write a character for you.”

She also revealed that her co-star, Olivia Junkeer who plays Mia, is a fan of Haz, and would love for him to join the series.

“I know Liv is really into Harry Styles, so if Harry Styles wants to reach out we will write you a character,” said Naomi, before adding her own potential storyline, “He’s a guy who comes to town and finds himself in a love triangle with Austin and Mia.”

Why Are You Like This follows friends Mia, Penny and Austin who set out to right all that’s wrong in the world while leaving a path of destruction in their wake.

The show’s team are said to be awaiting the green light for a second season.

It’s no surprise that Harry is in high demand in the acting world following his recently wrapped movie Don’t Worry, Darling, which was directed by Olivia Wilde.

He’s also in the middle of filming his upcoming film My Policeman, where he stars alongside The Crown’s Emma Corrin and David Dawson.

Is there anything he can’t do?! 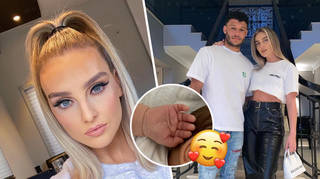