We know that the Little Mix ladies are all in happy, loving relationships right now, so people are obviously gonna be wondering what the next step is in those relationships, but we didn't see engagement rumours on the horizon!

But it was those marital questions that one fan was asking Leigh-Anne's sister Sairah after her most recent Instagram Stories were confused with engagement hints.

Commenting on one of Sairah's Instagram snaps, one user wrote, 'Is Leigh engaged?? After u posting on ur story about Andre being ur future bro in law and Leigh saying she was looking forward to their nxt chapter... is Leandre our first engaged couple out of them, Jaded, Alerrie and Hesy?' 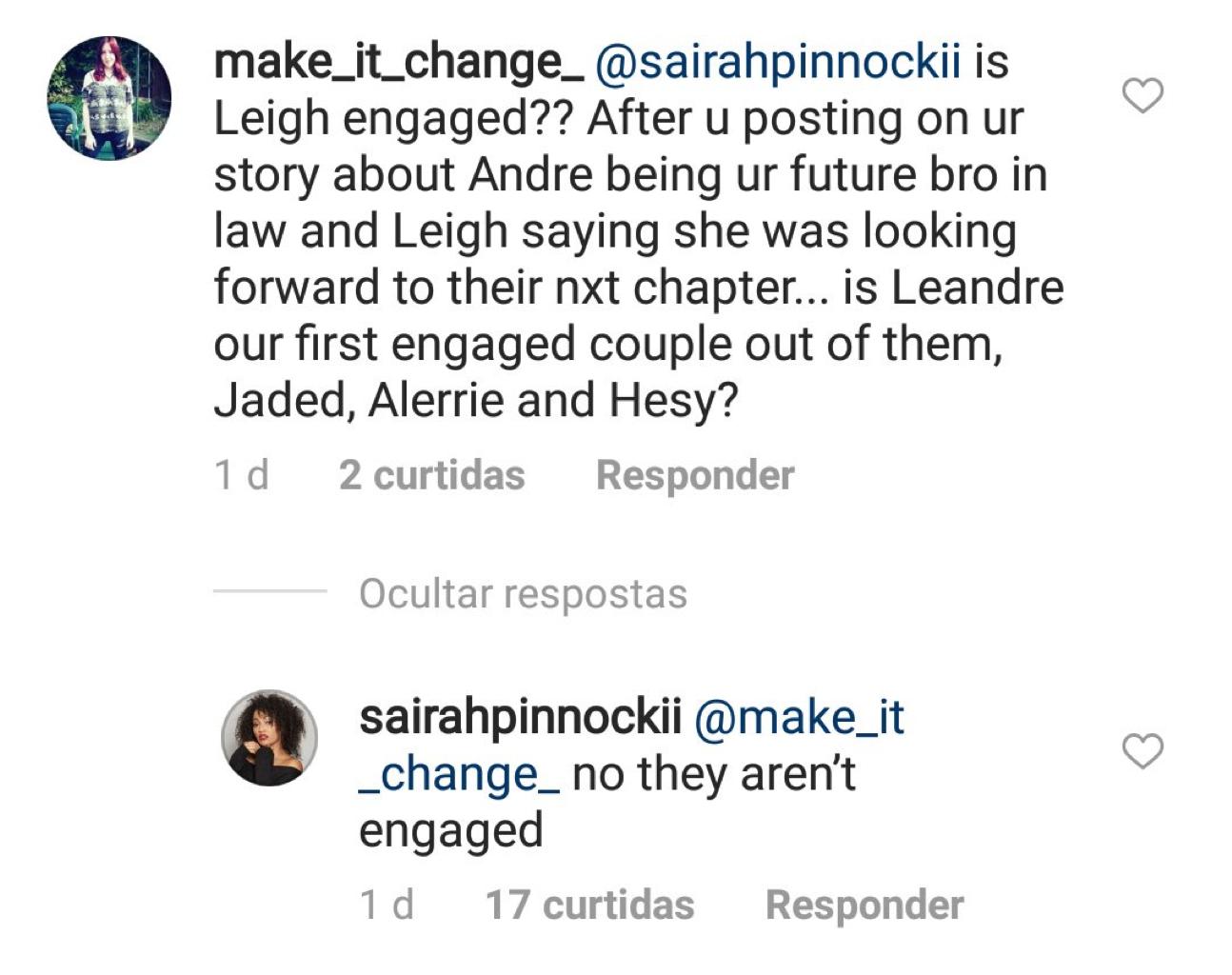 Attempting to clear the whole situation up, Sairah responded, writing, 'no they aren't engaged'. That hasn't stopped some fans from thinking there's more to these rumours than people are letting on and Twitter has been full of talk about a possible Leigh-Anne & Andre engagement...

LEIGH-ANNE MUST BE ENGAGED RN !!! JUST MAYBE. BUT I'M HERE FORRRR IT!

If Leigh-Anne and Andre are really engaged catch me celebrating like I know them personally because YES.

For now though it seems fans will have to wait for Little Mix wedding bells, soz guys!

> Download Our Free App for All The Latest Little Mix News!