To All The Boys P.S I Still Love You Soundtrack: Every Song That Features In The Film – Including BLACKPINK and Marina

To All The Boys part two has a soundtrack you’ll have on repeat for the next few weeks.

Netflix movie To All The Boys: P.S I Still Love You is the film thousands of us are going to be streaming over the Valentine’s weekend, as we watch Lana Condor’s character Lara Jean battle with her heart and her head amid a love triangle with Peter Kavinsky (Noah Ceintineo) and John Ambrose (Jordan Fisher).

The soundtrack is just as heartwarming as the romcom and features tracks from a number of upcoming artists, as well as pop legends like Marina and K Pop queens Blackpink.

Two of the songs, ‘About Love’ and ‘As I’ll Ever Be’ are exclusives made for the film.

A CD soundtrack will be released on 17 April, but in the meantime you can listen to most of the songs online.

Here are all the songs that feature on the movie, listed below:

- 'Then He Kissed Me' by The Crystals

- 'Lift Me From The Ground' by San Holo Ft. Sofie Winterson

- 'Purple Hat' by by Sofi Tukker

- 'Talk With Your Hands' by Bad Bad Hats

- 'Kill This Love' by BLACKPINK

- 'Moral of the Story' by Ashe

- 'You Should Be Dancing' by The New Respects

- 'About Love' by MARINA

To All The Boys: P.S I Still Love You is available to stream on Netflix now.

> Download Our App For All The Latest Jonas Brothers News. 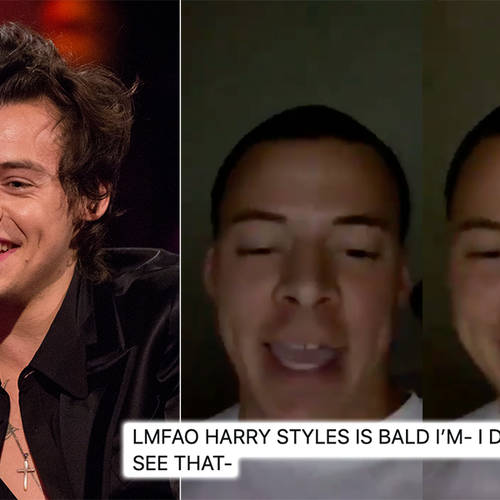 Cardi B And The Tiger King: Inside Their Weird Fan Relationship