Hailee Steinfeld threw some serious shade at her label, Republic Records after they failed to promote her album ‘Half Written Story’.

Hailee Steinfeld called out her music label, Republic Records, for not supporting her upcoming album ‘Half Written Story’.

The ‘Wrong Direction’ hitmaker shared a teaser video of her new record, which is set to drop on May 8, which her label commented on with three black heart emojis.

It wasn’t long before the 23-year-old was met with floods of responses from fans, who were praising her for shading her record label.

Half Written Story out May 8th. Pre-Save now 🖤 (link in bio)

"HAILEE OMFG YOU JUST DID NOT [crying emojis] [sic],” added another.

Hailee’s savage question clearly paid off as a few hours later Republic Records ended up sharing a post dedicated to the star, promoting ‘Half Written Story’.

However, fans had already sided with Hailee as they filled the comments with replies claiming they only shared promo because of the attention the singer’s comment received.

One penned: “U had to after she came after you [laughing emoji] [sic]”.

A second chimed in, saying: “Sad that she had to get onto you before you posted [crying emoji] but thank you!!”

This comes after she took to Instagram to announce she was delaying the release of her record by a week, just to 'get things perfect'. 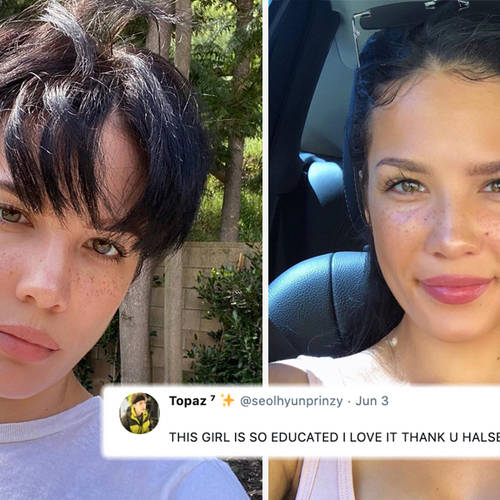