Jesy Nelson’s fans are pretty certain the former Little Mix star shared her first ‘album cover’ on social media as they gear up for her solo music.

Jesy Nelson’s solo career has been on fans' radars ever since her departure from Little Mix in December last year.

It all started when the 29-year-old songstress shared an aesthetic snap of her hands, on Instagram, showing off her fresh set of acrylic nails, finger tattoos and a stunning trio of necklaces.

We don’t know whether it was the filter, or the photo was just that Tumblr-esque, but fans thought it was a teaser for the launch of her solo career.

Taking to the comments to share their thoughts, it seems many fans thought the same thing.

One penned: “Ahh this looks like a cover jesy.”

“This looks like a banging album cover concept [side-eye emojis],” shared another.

A third wrote: “This would make a gorgeous album cover,” and it seems everyone is in agreement!

Of course, Jesy is yet to confirm the snap has anything to do with her upcoming music, as she captioned the picture: “It’s the little things,” with no big clue pointing at an album cover.

Fans are super keen to find out the direction Jesy wants to go with her solo career, so at this point, pretty much every post can seem like a sign, right?

We’ll keep our eyes peeled for more announcements from Jesy in the meantime! 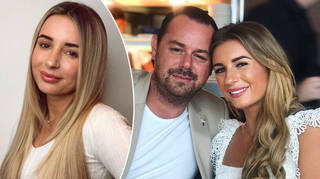