From OneRepublic to The Script, see all eight acts revealed for the first night of this year's event.

Take That, Olly Murs and The Vamps are just some of the HUGE names who will be bringing the PARTY to night one of the Capital Jingle Bell Ball 2014 with Morrisons.

Eight INCREDIBLE acts were announced this morning (5th November) for the first night of this year's Jingle Bell Ball, which takes place on Saturday 6th December 2014 at London's O2 Arena. 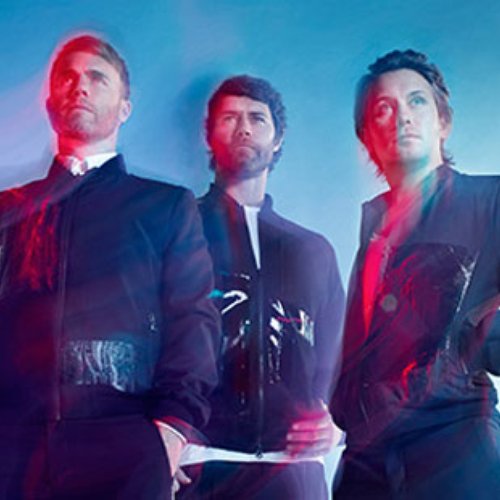 US band OneRepublic were the first band to be confirmed, fresh from their success with hits like 'Love Runs Out' and 'I Lived', before Ryan Tedder and his bandmates took to musical instruments to reveal that 'Ghost' star Ella Henderson will be making her Jingle Bell Ball debut this year.

Next up we revealed that Danny, Glen and Mark, better known as The Script, will be hitting that London O2 Arena stage in December as a trio of real-life 'Superheroes' on the #CapitalJBB line-up.

Pop rock heartthrobs The Vamps will be returning to the Jingle Bell Ball this year, after 12 months that has seen them launch their debut album, tour the country and release a STRING of huge chart hits. Bring it on boys, we're ready to DANCE!

PLUS… he's back again! Olly Murs will once more take to our Capital Jingle Bell Ball stage to bring his charisma, his tunes AND his dance moves to that stage to get us all in the festive spirit!

Yessssssssss I'll be at @CapitalOfficial #JingleBellBall 2014 this year on Sat night! Can't wait always a right laugh! Whose coming?!??!

Bringing amazing talent and some SERIOUS heavyweight anthems to our Jingle Bell Ball stage are Clean Bandit and Jess Glynne, who'll be performing on stage together after teaming up on one of the year's biggest tracks 'Rather Be'.

The Jingle Bell Ball 2014 crowd will be going weak at the knees when Union J make their #CapitalJBB return this year, fresh from announcing their brand new album 'You Got It All'. We'll see you there, boys!

Finally, legendary UK band Take That were the FINAL act confirmed for the Saturday line-up of the Capital Jingle Bell Ball 2014 with Morrisons.

Gary, Mark and Howard return with new album 'III' and new single 'These Days' this year, and will be sure to bring their A-game when their phenomenal live show arrives for the #CapitalJBB.