WATCH: The Way Louis Tomlinson Confessed To Contacting Steve Aoki Will Make You Say "Yup. Me Too, Hun"

Plus, their performance of 'Just Hold On' on the Late Late Show is AMAZING!

If we hear thousands of fans screaming, we kinda have an inkling as to what it could be over - more than likely, Louis Tomlinson and Steve Aoki.

The 'Just Hold On' duo appeared on James Corden's Late Late Show to discuss their collaboration, and all of the overwhelming support they've received recently. But when James said "Tell me how this collaboration came about", we sort of fell in love with the response.

> Security Were Fed Up With 1D Stealing Arena Buggies; Louis Tomlinson Took Matters Into His Own Hands 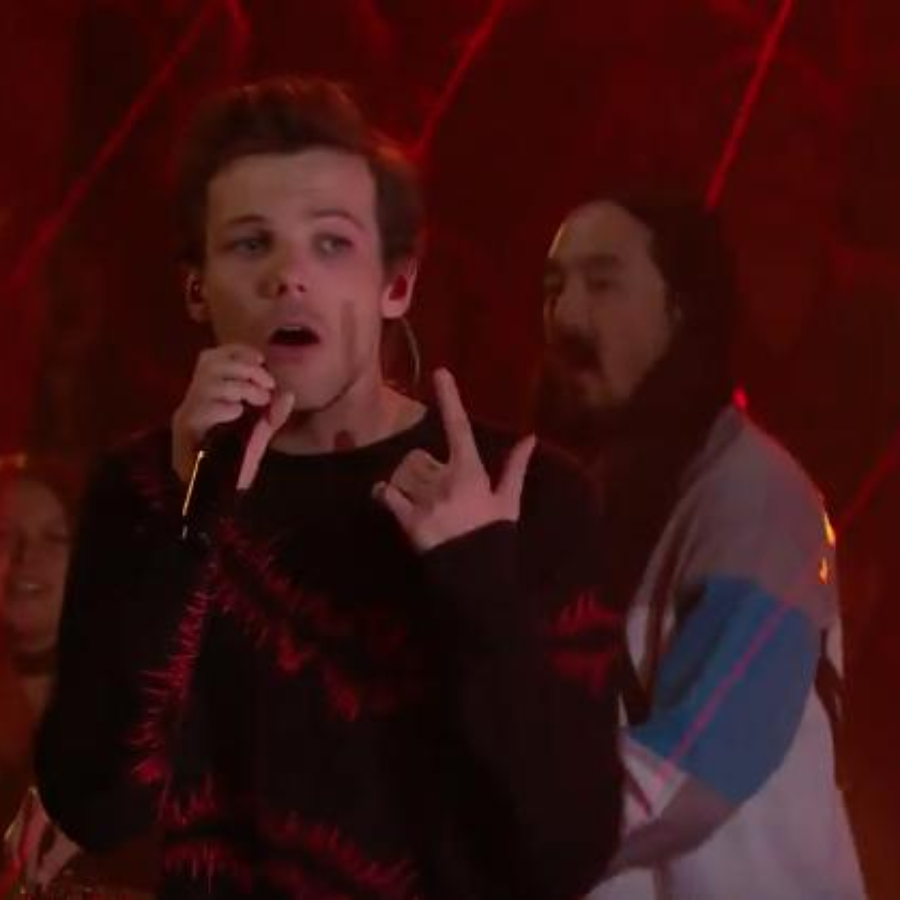 Louis was chatting about his lad's holiday in Las Vegas, when he saw one of Steve Aoki's shows and - after getting a little bit "tipsy" - slid into the 'Delirious' DJs DMs!

Afterwards, Mr Tomlinson said "It works. It does, it does." If we ever needed an excuse to DM him, this is it.

The pair also performed 'Just Hold On' for James Corden and his live studio audience, and it is EVERYTHING.