Harry Styles is rumoured to be taking on a huge movie role, potentially playing Boy George in his upcoming biopic.

Harry Styles has been open in the past about branching out his career into acting, after a successful role in Dunkirk and turning down the part of Prince Eric in the Little Mermaid remake, much to fans’ dismay.

But could the One Direction star be taking the lead role in Boy George’s movie biopic?

These Harry Styles 'Twin' Lookalikes Have Fooled Even His Biggest Fans

The pop icon of Culture Club fame dropped a pretty cryptic hint Harry is in talks to take on the part during his chat with Smooth’s Jenni Falconer.

When asked about the rumoured names to play the young version of himself, George said it’s “someone who’s quite a big pop star” before giggling coyly when Jenni suggested Harry.

Quizzed by Jenni on who it could be, George said: "There’s been some really interesting names bandied about. I don’t dare say any! Oh, I don’t know if I should say this.

"Alright, I’m not going to say who it is, but there’s someone who’s quite a big pop star that’s been rumoured to maybe play me.”

He added: “Not Sam Smith. That’s all I’m going to tell you. It’s somebody younger than me, and it’s somebody who’s a pop star. I can’t say who it is, but I’m intrigued. The name’s been brought up, and I’ve been like, 'Wow…'

When Jenni suggested if it could be Harry Styles, George coyly giggled: "Who knows!"

We don’t know about you, but we could totally see Harry taking on the iconic role. 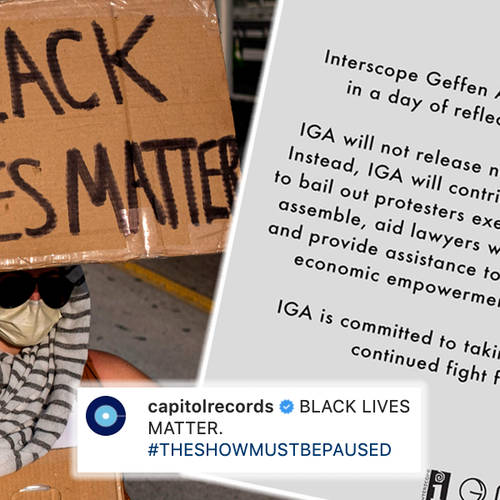 Laura Whitmore And Iain Stirling: How Long Have The Love Island Hosts Been Together And Are They Engaged?

Podcasts To Broaden Your Understanding On Racial Inequality And Black History

Love Island's Siannise Fudge And Luke Trotman TikTok: How Did They Make So Much Money?

Black Lives Matter: 9 Petitions You Can Sign To Support BLM In The UK