Kylie Jenner has spoken openly about the 'Kardashian curse' and handling fame with boyfriend Travis Scott in their first interview together for GQ...

Kyie Jenner has done her first photoshoot and interview with boyfriend and father to their child, Stormi with GQ and the pair opened up about whether they were worried they- or more specifically, Travis, would fall victim to the 'Kardashian curse' a term coined by Kourtney's ex, Scott Disick, about the drama surrounding basically any male that gets involved with the powerful female family. 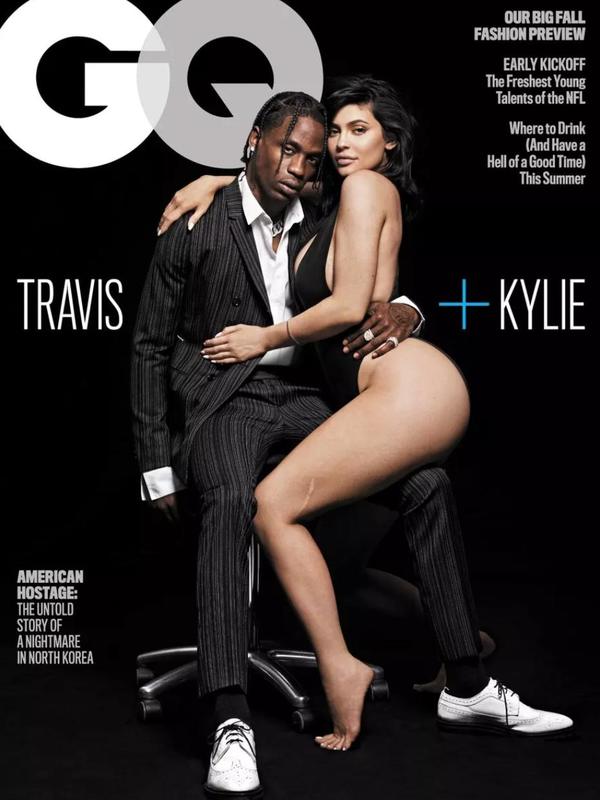 Travis, a 26-year-old rapper from Houston, has been dating Kylie for over a year and couldn't be less fearful of the 'curse' that is said to have struck the likes of Rob Kardashian, Kris Humphries, Scott Disick, Lamar Odom and even more recently, Kanye West and Tristan Thompson.

When GQ asked if he is nervous about falling victim to the 'curse', he said: "Man, hell nah. Nervous for what? Kylie actually likes me for me. I don't get involved. Kylie is different."

Kylie agreed with the interviewer that it's more likely a case of the various men that enter and leave their lives not being able to handle the fame and exposure, which eventually leads to some messy fall outs we know all to well about. However, Travis is already massively famous in his own right.

She also explained how Travis "isn't really cool with [the attention] but he deals with it, because we love each other and we have a family. For sure, I know he doesn't like the attention. That's why we just go the extra mile to keep our relationship super private".

So, we won't expect to see much of him on the upcoming series of KUWTK! Boo.

Download Our Brand New App For All The Latest Kardashian News

Kim Kardashian Net Worth: KUWTK Star Earns More Than You Can Imagine As She Reaches Billionaire Status