WATCH: Zayn Malik & Gigi Hadid Behind The Scenes On Their Vogue Shoot Is #CoupleGoals

There are not enough heart-eye emojis in the world to describe how this video makes us feel.

OK, we already knew Zayn Malik and Gigi Hadid were a SUPER hot couple (we do have eyes) but this new behind the scenes video from their Vogue photoshoot has just proved that they are SERIOUS #couplegoals.

Gigi Hadid FINALLY Opens Up On ZAYN Romance And She’s Crushing JUST As Hard As The Rest Of Us!

Taken during their iconic shoot in Naples, Zayn and Gigi could not look happier to be in each others company – and we finally got to see EXACTLY how that gravity-defying handstand shot came about.

Even the photographer, world renowned snapper Mario Testino was getting a little bit jel of how bloody cute Zigi are together, telling the camera, “How boring is it to be with a couple, that they're kissing and you have nobody to kiss?" 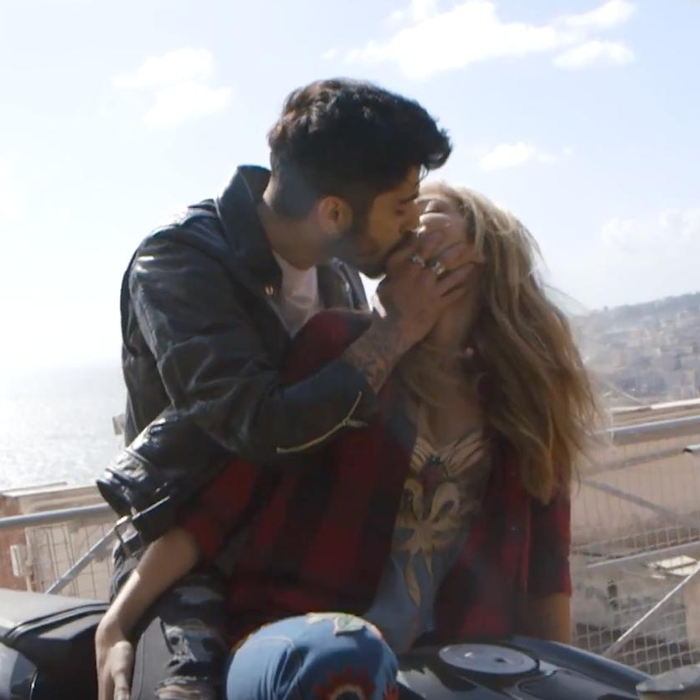 For anyone that doubted whether Zayn and Gigi were just a showmance, the way their faces actually light up around each other should dispel any of those rumours – who doesn’t want someone who looks at them the way Zayn looks at Gigi though?!

Ugh, can we just BE them, please?! The full shoot will be available in Vogue’s May issue out 26th April.