Beyoncé once said “if you like it then you should have put a ring on it” but in Zayn’s case, when he likes it he puts some ink on it, clearly.

> "BOY IS THAT ZAYN?!" - Fans Accuse Jade Thirlwall Of Hanging Out With Zayn Malik After This Photo...

The former 1D-er turned 25 on Friday and to celebrate, his girlfriend Gigi Hadid shared a birthday message and a boomerang clip of Zayn dancing, showing off some interesting new inkings on his chest.

Eagled eyed fans noted the eyes tattoo right in the middle of his chest and they look very similar to Gigi’s eyes. 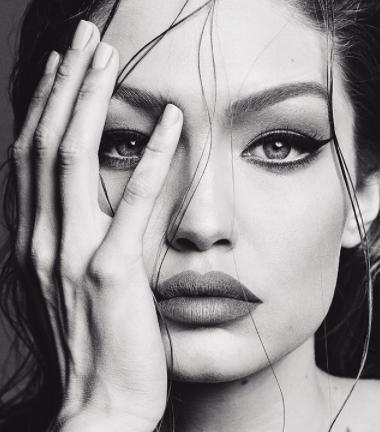 And awkwardly for the 'Dusk Till Dawn' singer, fans weren’t impressed calling him “stupid” (ouch) for not learning the first time. The first time being back in 2013 when he got a tattoo of Perrie Edwards on his upper arm that he had no choice but to cover up after they split up, albeit a year later.

> We've Got Something That'll Help You Chill Out After This News - Our Lush App, Right Here!

One fan wrote: “Did Zayn really get a new tattoo of Gigi’s eyes on his chest? I love Gigi but I thought he learned his lesson.”

Another chimed: “is Zayn stupid like didn’t he learn anything after tattooing Perrie on his arm lol now he goes and tattoo gigi’s eyes i’m done.”

zayn really got a tattoo of gigi’s whole ass eye did he not learn his lesson last time pic.twitter.com/g5TvoMswIh

However, a few fans were quick to jump to his defence, y’know because it’s his body and all that.

Let's hope Zigi go the long haul or else things could get ugly.

You're here because you probably love Zayn Malik so you might as well watch this clip to celebrate his birthday ;)