The 'I Will Never Let You Down' star definitely gave the people what they wanted over the weekend.

Rita Ora gave the fans what they wanted at the MTV Movie Awards 2014 over the weekend when she ripped off Zac Efron's shirt to show off his muscular physique to the crowd.

The 'I Will Never Let You Down' singer was a guest presenter at the awards show on Sunday (13th April), where she presented Zac with the gong for Best Shirtless Performance for That Awkward Moment.

See a snap of Rita Ora ripping off Zac Efron's shirt at the event below (Credit: Getty): 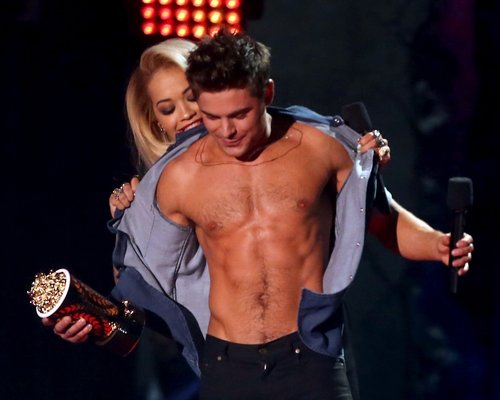 After urging from the crowd, Rita ran back on stage and ripped off Zac's denim shirt to show off his muscles to the audience to huge cheers.

Rita was all smiles while helping Zac flash the flesh at the event: 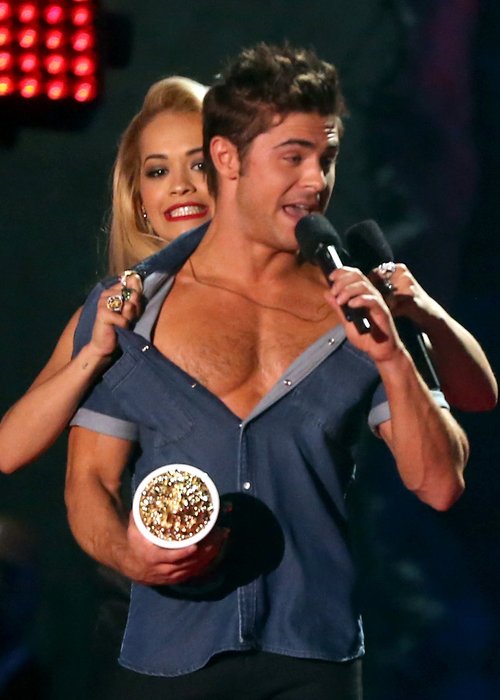 Zac then struck a few poses and flexes while Rita looked on from the sidelines with a huge smile on her face.

The Hollywood star strikes some shirtless poses to cheers from the crowd (Credit: Getty): 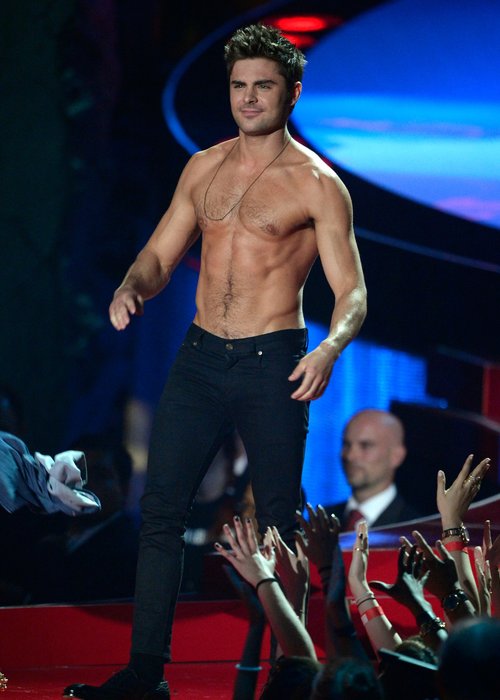 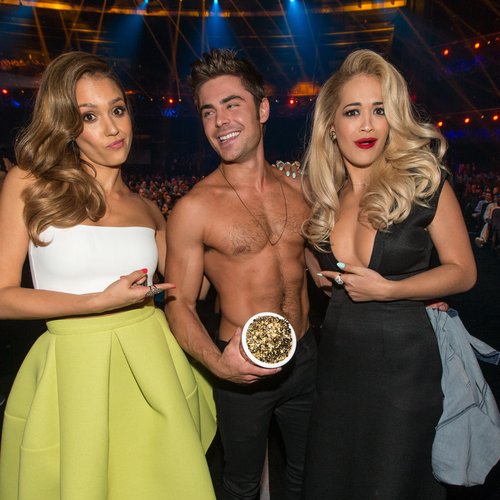 > WATCH: Rita Ora's 'I Will Never Let You Down' Music Video.

> Rita Ora Reveals ALL About Her Tattoo Meanings.