The Rolling Stones, Mumford & Sons and Arctic Monkeys will headline this year's event at Worthy Farm.

Rita Ora, Example and Professor Green are among some of the biggest names in pop set to take to the stage at Glastonbury Festival 2013 after the full line-up for this year's event was announced.

The acts will be heading to Worthy Farm across the 28th, 29th and 30th June with legendary rockers The Rolling Stones among the top headliners for the show.

Mick Jagger and co will perform on the famous Pyramid Stage on Saturday night  with Arctic Monkeys headlining Friday and Mumford & Sons closing proceedings on Sunday.

Tom Odell, Gabrielle Aplin, Jake Bugg and Haim will also be appearing across the three days. 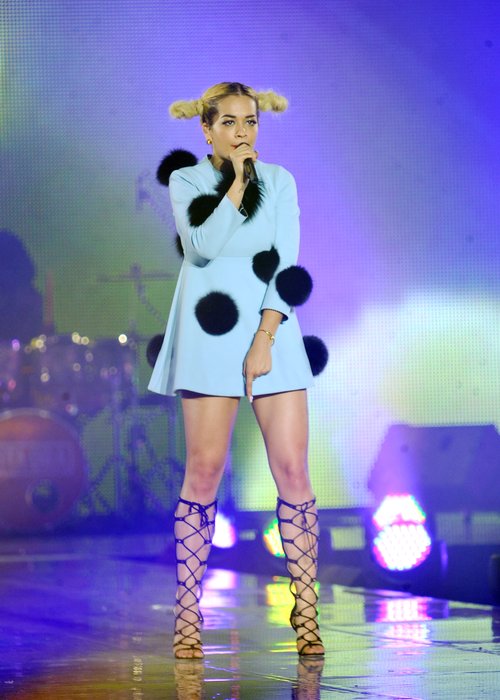 Meanwhile, Rita Ora was also one of the latest names added to the T In The Park Festival line-up.

The Scottish event will also be headlined by Mumford & Sons as well as The Killers and Rihanna.