When a Little Mix girl celebrates her birthday, they go all out and by all out - we mean… all. out.

This time, it was the turn of Leigh-Anne Pinnock and it was complete with fireworks, DJ’s, her best gal pals and killer outfits.

> Leigh-Anne Proved She’s A TOTAL Trooper Turning Up To Perform After Suffering Burns!

Here’s everything you need to know:

1. Leigh-Anne Created Her Own Outfit

We all know that Leigh-Anne is a budding designer and fashion guru, but she actually designed and made her birthday outfit!

Comprising of a skimpy yellow crop top and skirt with racy lace up details, Leigh-Anne completed the look with a yellow kimono. 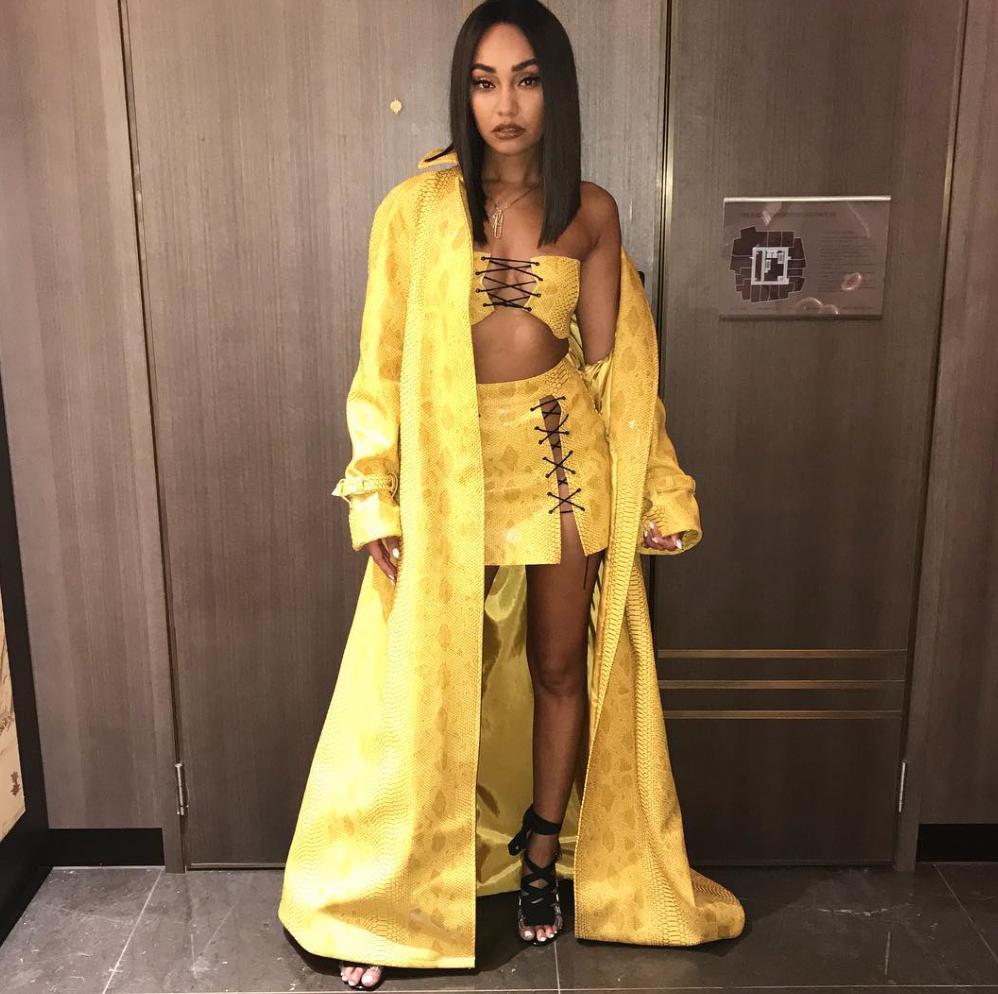 After seeing her creation on Instagram, Little Mix fans were quick to flood Leigh’s Instagram photo with gushing comments, begging her to release the outfit in bulk for them to buy.

Her response? Well, she simply said ‘Watch this space’ which we reallllllly hope means that we’re getting a fashion range soon.

Had the most amazingggggg night for my birthday celebrations! Firstly thank you to everyone that came and turnt up with me I love you all thank you for making it so special for me! I need to thank my amazing Dj's @mikecruzdj @babiflex @djsuavelondon you guys killed it as always! @sugarcakesco for my amazing cake and @bambamballoons for the best balloons n beaut decor @cirocgb For keeping drinks flowing and @xclusivetouchltd for looking after me so well! Best night ever

3. Jesy Nelson Introduced Her New Boyfriend To The Gang

In their first public PDA, Jesy Nelson seemingly introduced the world officially to her new boyfriend, Henry James. Spotted kissing outside the nightclub and later seen cosying up on Instagram, the pair make one good looking couple!

Out and about in a black latex get-up, fans were relieved to see Perrie joining in on the antics after her health scare which saw her miss out on a show.

Not sure that we’ve ever seen anyone nail the colour pink quite like Jade. Completing the look with fluffy pink heels and a mini silver bag, she was serious #inspo.

Before Jade went to Leigh-Anne’s birthday party, she was seen on Snapchat listening to Camila’s new tune ‘Havana’. Camila fangirled massively and it was so cute.

@Camila_Cabello Since Youre online Jade been Listening to Havana Yesterday before she went to Leigh's birthday Party pic.twitter.com/kfYVH3siz3

> We've Got Even More Little Mix News Over On The App.

Remember when this happened? Yep, Little Mix took on the accent challenge...