For those who questioned whether Shawn Mendes and girlfriend Camila Cabello were still dating.

Shawn Mendes and girlfriend Camila Cabello are publicly professing their love for each other more than ever before recently, firmly putting an end to rumours they're no longer dating.

From March this year the couple spent quarantine together after turning their friendship into a romantic sitch last summer and 10 months later Shawn and Camila look happier than ever.

And when Shawn appeared on The Tonight Show to perform ‘Intro’ and ‘Wonder’ and spill on his new Netflix film, In Wonder, he couldn’t help but grin every time he spoke about his lady love.

Shawn Mendes’ quarantine with Camila Cabello looked like everyone else’s

It’s hard to imagine Shawn and Camila casually cooking eggs and going for dog walks, but he told Fallon their homely lives have been a welcome break from ‘living in hotels all the time.’

First of all, he started the admission with “I’m at my girlfriend’s house,” like Camila isn’t one of the biggest artists on the planet, but then he called her place “home” which just melted our little hearts.

“At first I was like ‘there’s no way I’m going to make music, this is going to be impossible. But a week goes by and you start cooking eggs in the morning and doing laundry and taking dogs for a walk, and you have a coffee mug you use the same every day, and it’s just nice… it’s very abnormal for me.”

In the trailer for his new Netflix film Shawn confessed ‘all of his songs’ are about Camila, a scene which will make you shed a thousand tears, but when Fallon asked how he asked Camila’s opinion on his new music Shawn said he told her his ‘thesis statement’ from the very beginning.

“I probably would have been discouraged enough to move into a different world, sonically, if I didn’t have her backing me the whole time.”

So we basically have Camila to thank for Shawn’s new album.

Shawn is known to have a huge fear of deep water, but his new album cover is him laughing in the middle of the sea as rain pours around him.

And, of course, Camila was right by his side when he found the courage to dive into the sea – using the magical moment as his new album cover.

“I was in Miami and we were out on the water I’d just got the final mix of the song back and me and all my friends, like three of my friends and Camila were on the boat… the song was playing and the skies just opened up and the rain started pouring down.

“My biggest fear is deep water but we all just jumped in the middle of the ocean while it was pouring rain and I looked around and that was kind of the essence.”

While the moment was recreated “in a parking lot in LA”, we love that Shawn finally faced his biggest fear. 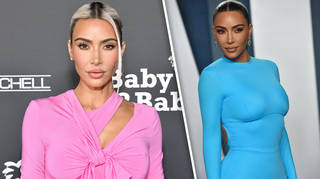