At only the tender age of 22, the 'In My Blood' singer has racked up an incredible catalogue of tattoos with some amazing designs and hidden meanings...

Shawn Mendes has a seriously impressive collection of inks to his name – including the tat that put him in the headlines, when he inked an actual design a fan Photoshopped onto a photo of him and sent everyone into a meltdown.

His collection of body art is full of meaning and symbols and we've unearthed the story behind each one so you can get to know the 'Señorita' singer just that little bit better.

> Justin Bieber Tattoo Guide: All The ‘Sorry’ Star’s Designs & What They Mean 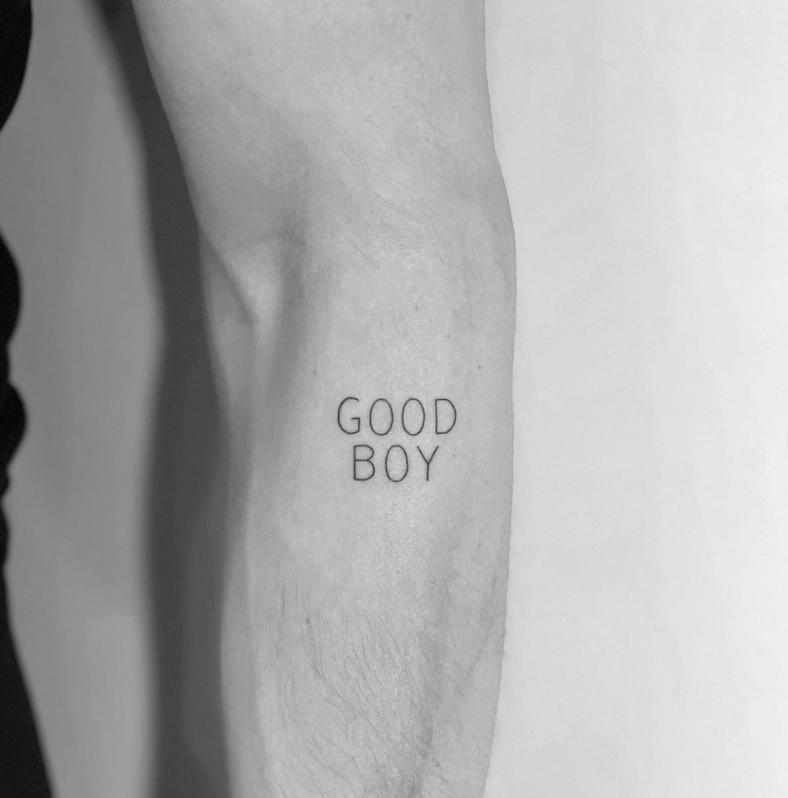 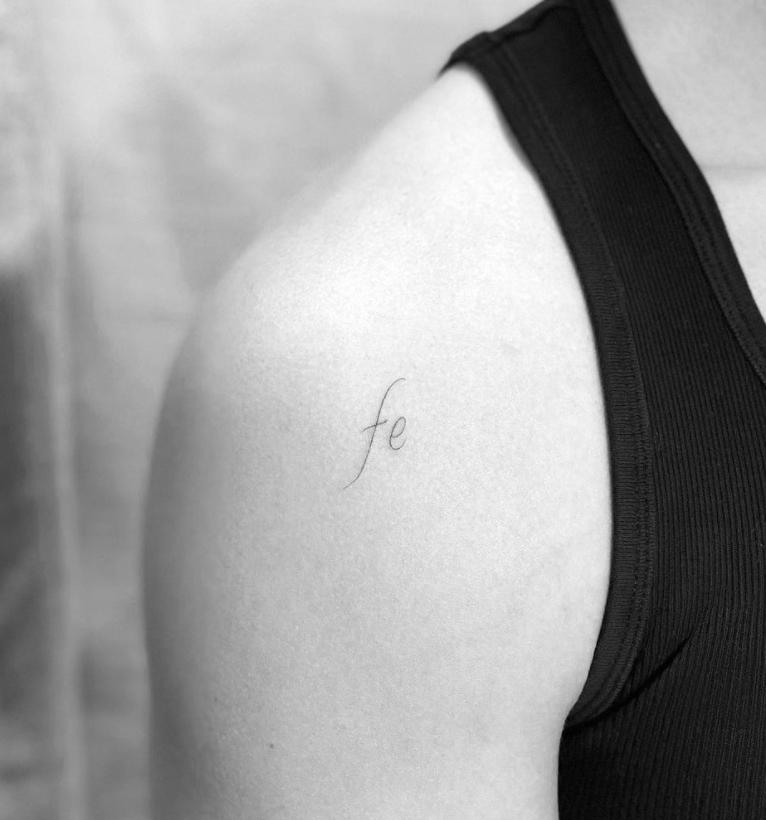 In May 2021 Shawn got two new inkings, one reading ‘GOOD BOY’ on his left arm and the other reading ‘fe’, meaning Faith in Portuguese.

'A' For Sister Aaliyah Mendes 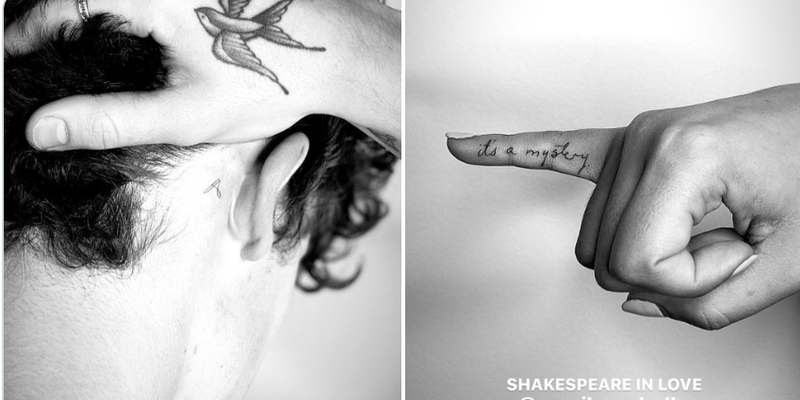 Shawn took girlfriend Camila Cabello for her first ever tattoo whilst they were in LA recently, with the 'Havana' singer getting a quote from Shakespeare In Love which reads 'it's a mystery' on her finger.

The 'In My Blood' singer got a small letter 'A' behind his ear for his younger sister, something he has told fans he's wanted to do for a while, and we think it looks great!

Butterfly Tattoo Designed By A Fan 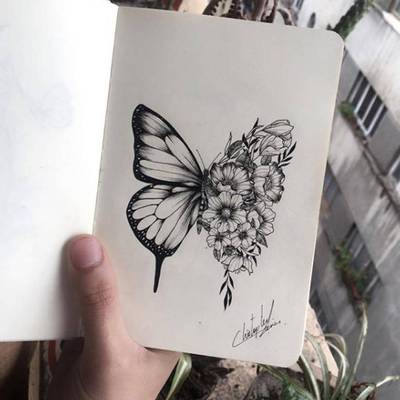 Picture: Instagram/@macdreaper
Perhaps the most inspiring backstory to a celebrity tattoo ever is Shawn's most recent ink that was originally Photoshopped onto a photo of him and is an original design by a fan, Kayla, who he messaged and asked to send through an image of.
He later uploaded a video of him with his long time tattoo artist Livia Tsang in a hotel room and sent fans into meltdown when they realised he was actually getting the butterfly design inked on his upper arm.

He has put so much thought into his ink that there's even a unique theme running through many of the pieces which 'mix nature and man made objects together' and the results are a truly unique set of tattoos, each with a story behind them.

He has become a regular with one particular tattoo artist and fellow Canadian Livia Tsang to bring the designs to life, and now they're even friends, how cute is that!? 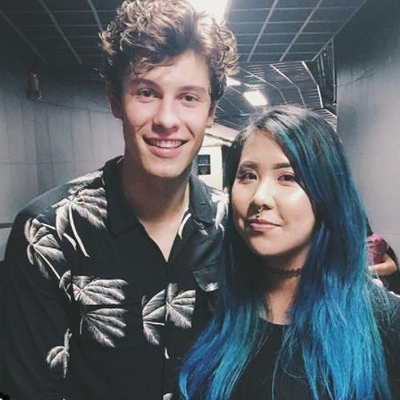 The Guitar Made Of Trees 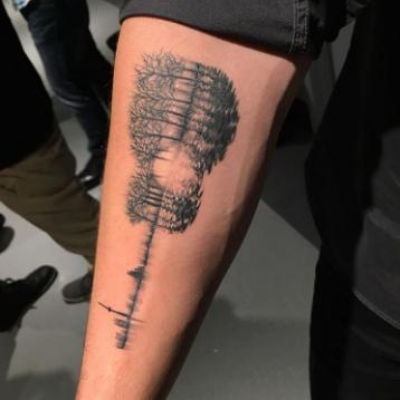 Picture: Instagram
His first work of art is in keeping with the natural/man made objects hybrid theme and is of a guitar- Shawn's signature instrument. An incredibly detailed and finely drawn collection of trees and (sticking to his root the Toronto skyline make up the overall instrument shape.
The very top of the guitar is a sound wave of his parents voices saying 'I love you' and honestly, we didn't think a tattoo could make us cry, but we have just been proven wrong.

An Elephant Stencil On His Finger 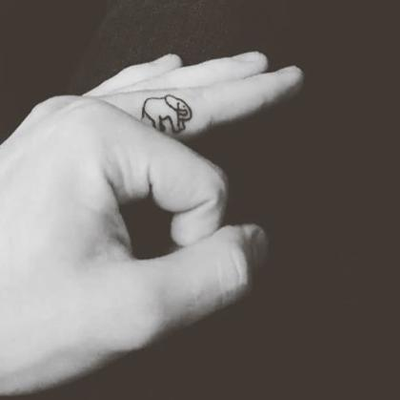 Picture: Instagram
Shawn has actually remained pretty tight lipped about the origin of this simple elephant stencil tat a world way from the intricate sketching and shading of most of his others and only posted a cryptic boomerang to his Instagram for the big reveal. But hey- we think it's a super cute drawing and have total faith he'll tell us the tale behind it when he is good and ready.The only thing we know is that he used his trusty tattoo artist Livia, who proves with this very different style drawing she can do anything!

The Lightbulb Filled With Flowers 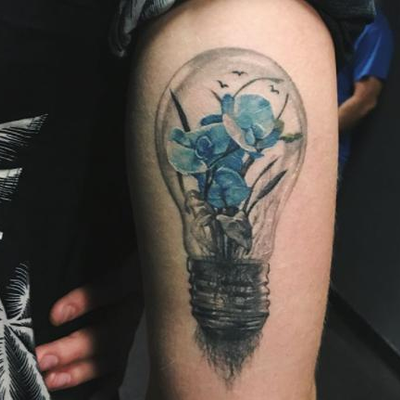 Picture: Instagram
This is another one of his spectacle pieces once again from the handy work of Livia Tsang and the overall piece has a number of different hidden musical meanings which he has spoken about before in a Q&A with fans. He explained: 'I wanted something to represent Illuminate which is obviously the lightbulb and the flowers are Lily's and Orchids which are my mum's favourite flowers.'' collective *Awww*. The actual colour of the flowers are in keeping with the overall vibe of Illuminate, his second album, which we think is so special.

The Sparrow On His Hand 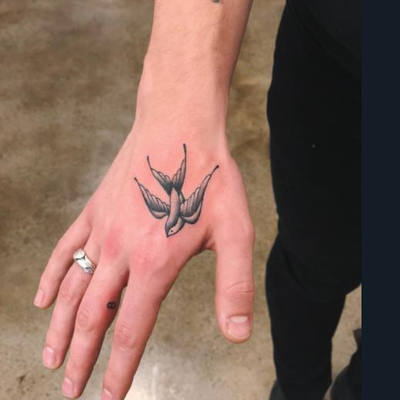 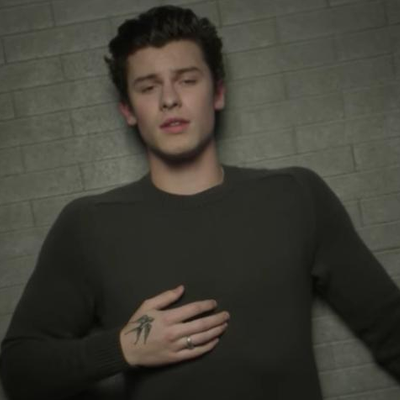 Picture: Instagram/In My Blood Video
Another addition to his collection is this swallow, a bird which 'is one of the only few of its kind that remember their home' which holds enormous relevance to Shawn who spends a large chunk of his life on the road touring. Shawn also told fans that 'sailors used to get it before a voyage and it a symbol of a traveller'. His music video for 'In My Blood' saw it take centre stage for the first time and we are seriously digging it.

The Number Eight On His Finger

If you look really carefully in the previous picture, you can see the number 8 scribed onto Shawn's middle finger. It's probably the least cryptic of the bunch as 8 is both his lucky number and represents his birthday- 08/08/1998.
He previously told fans that he thinks he needs to slow down and wait for something meaningful before he inks anymore of himself, which has got us wondering what could possibly have more significance than an actual sound wave of his parents voices?!

GIF: Giphy
The Harry Potter Inspiration
After a Shawn Mendes asked fans to suggest ideas for his next tattoo, one replied with some inspiration from Harry Potter, writing, 'you should get any of these @ShawnMendes in honor of HP'.
Teasing us all, Shawn the quote tweeted the message and said, 'You’re right i should.' without adding any other information, so will one of these pictures actually be Shawn's next tattoo? 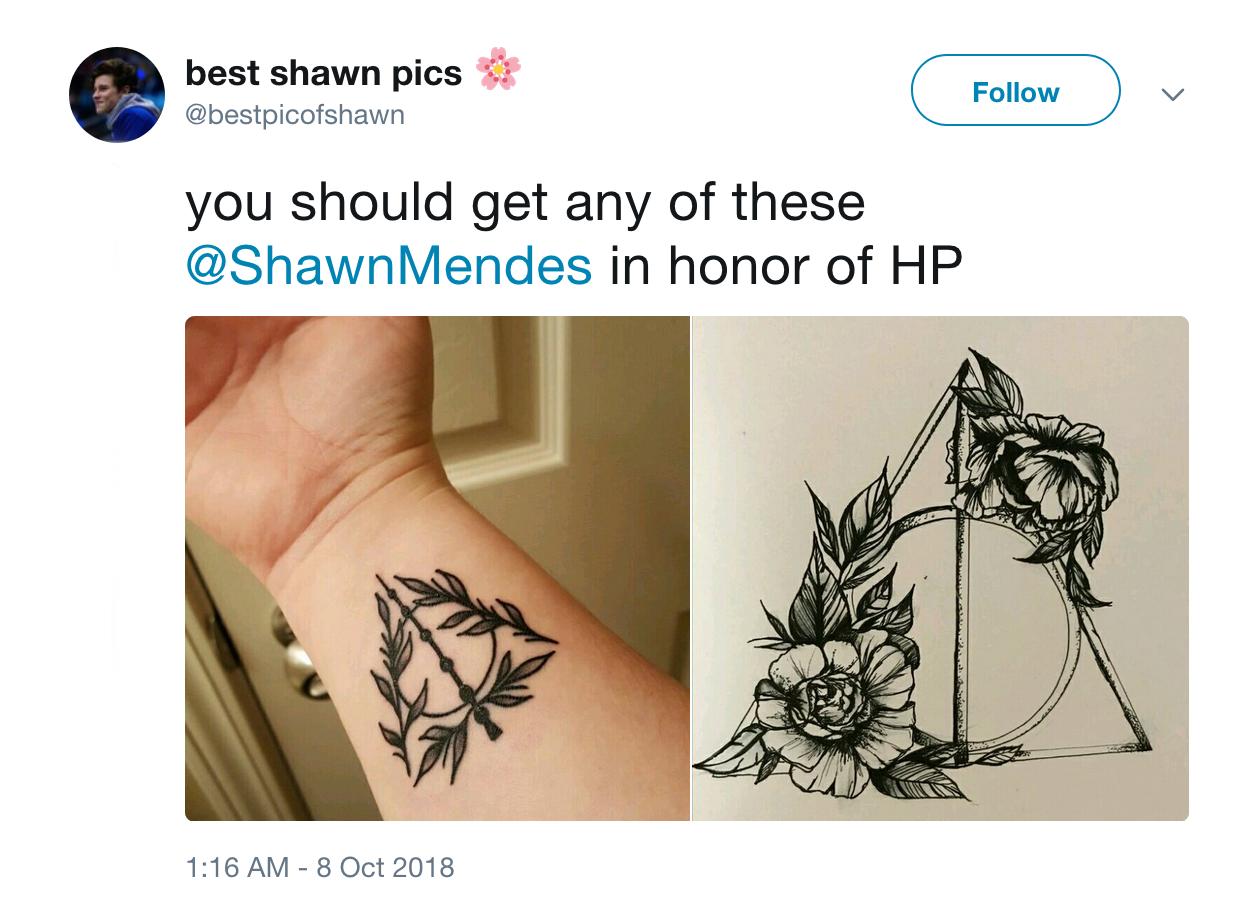 > Fancy Keeping Up With All The Latest Shawn Mendes News And Music? Download Our App Here