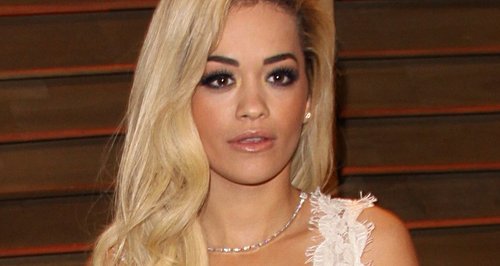 The 'R.I.P.' star is said to be fully focused on the launch of her second album this year instead.

Rita Ora has reportedly turned down Simon Cowell's offer of a spot on the judging panel for The X Factor UK this year.

The 'Radioactive' star had been rumoured for the show for the past year, after a successful guest stint and reports of talks out in Los Angeles with boss Simon.

However fresh claims suggest she has decided to focus on her music career and the launch of her second studio album.

"Rita was formally offered the X Factor job and was very flattered but turned it down," a source told The Mirror this week. "She is out in LA at the moment, having meetings, making contacts and working hard in the studio.

"Rita is bringing out a new album this summer, so that's her priority," they added. "She wants to focus purely on her music and not get distracted by other things."

Last month the UK star revealed to Capital that the new record is "finally" finished, following the release of her 2012 debut 'Ora'.