Rita Ora Teases That It's "Nearly Time" To Announce Her New Album: "I Can't Wait" 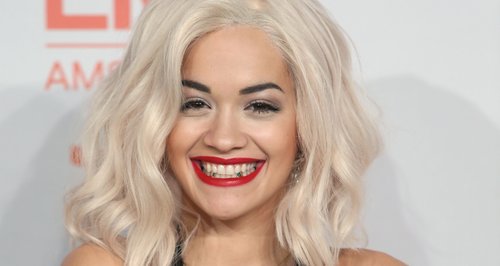 The 'R.I.P' star has been teasing fans across Twitter about work on the follow-up to her debut album 'ORA'.

Rita Ora has tweeted fans about her brand new album and promises it is "nearly time" to announce some news about the upcoming release.

The 'Radioactive' singer says she "can't wait" to tell all of her fans what she has been working on over the next few months.

"Album 2. It's nearly time. I can't wait," Rita tweeted this afternoon (3rd December). "I've never been or felt this excited EVER."

Rita has been steadily working on the follow-up to her 2012 debut 'ORA' over the past year, recently revealing that boyfriend Calvin Harris has also been helping her with new music.

This week also saw the announcement that Rita has been cast in the upcoming Fifty Shades Of Grey film adaptation, opposite leading cast members Jamie Dornan and Dakota Johnson.

The 'R.I.P' singer has been cast as a character called Mia, the sister of leading character Christian Grey.