Fams have been asking a lot of questions about the ladies' recent studio sessions...

As the Little Mix ladies get their heads down writing and recording their fifth album, people can't help but notice how absent band member Jesy Nelson has been lately and are wondering why she's not been on social media with the girls in the past couple of weeks.

Perrie Edwards, Jade Thirlwall and Leigh-Anne Pinnock have been posting snaps from inside the studio with their writing team, with Jade captioning her latest studio snap: ''Some people say too many cooks spoil the broth. We say it makes a pretty fabulous songwriting stew #LM5", which  simultaneously makes us more excited than ever, but is making fans wonder just why Jesy isn't around for the all important writing process?

Some people say too many cooks spoil the broth. We say it makes a pretty fabulous songwriting stew. #LM5

Her absence has definitely not gone unnoticed by their fans, who are flooding social media with questions on her whereabouts. Others aren't worried at all.

Do you know where is Jesy ?

I'm not the onlyone, wondering where is Jesy? https://t.co/JF178ZKkxP

okay but seriously where is jesy

Jade’s Instagram comments are annoying. God the IG fans are annoying. Literally every comment is “where’s jesy?” Do y’all not follow Jesy to know where she is ??

I am sick of people moaning about jesy ‘leaving the girls’ just because she may not be on social media 24/7 or out with the girls.. maybe she just wants some time with her family & she probably sees the girls more than we think they just don’t put it on social media@LittleMix

How often do perrie and Jesy post their whereabouts on social media? After Christmas, the both of them went MIA, no one knew where they were or what they were doing. Just because they don't post doesn't mean that they're not working in the studio.

TBF, the ladies had a crazy schedule with their 'Glory Days' album and tour, and it's super important to have down time - which Jesy is currently enjoying with her friends and family and boyfriend Harry James. 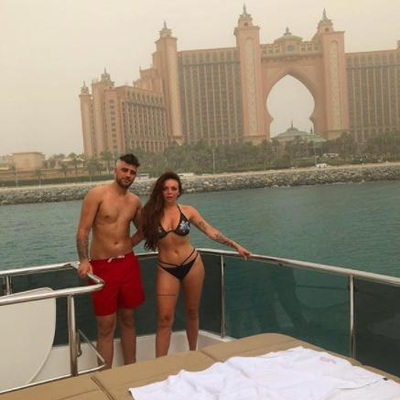 We're just super ready for the gals to be refreshed and back together so we can get the summer bangers on the go.