Turns out there are plenty of people who had no idea that Leigh-Anne actually has TWO siblings and that one of them is pretty much the spitting image of the Little Mix queen!

Leigh-Anne Pinnock is a global pop star, style icon, activist and all round icon, but do people know much about the Little Mix star's sisters, who she is super close to and loves to holiday with!

Leigh-Anne, 28, has two siblings, and her sister Sairah, looks ridiculously like the Little Mix babe!

The 'Holiday' singer is living up to her latest hit's name right now on a seriously enviable vay-cay with her family in Greece.

So let's take a look at exactly what all the fuss is about...

Who Is Leigh-Anne's Sister Sairah?

Sairah Pinnock is Leigh-Anne's older sister and the pair regularly share snaps of each other on Instagram. At 28 years old, Sairah is almost three years older than Leigh-Anne and the sisters are very close.

Sairah has a six year old son called Kailum who's already made a number of appearances as a fashion miodel for kids clothing ranges - pretty impressive considering he's only just started primary school!

She also runs a party planning business called Inclusive Industry who claim to be 'The UK’s ultimate party planning service', having organised a number of high profile parties for celebs, including Leigh-Anne's birthday bash on several occasions.

Well just take a peek at these Instagram snaps and you try and tell us they don't look alike.

We genuinely had to do a double take on some of these to make sure we know which was which! 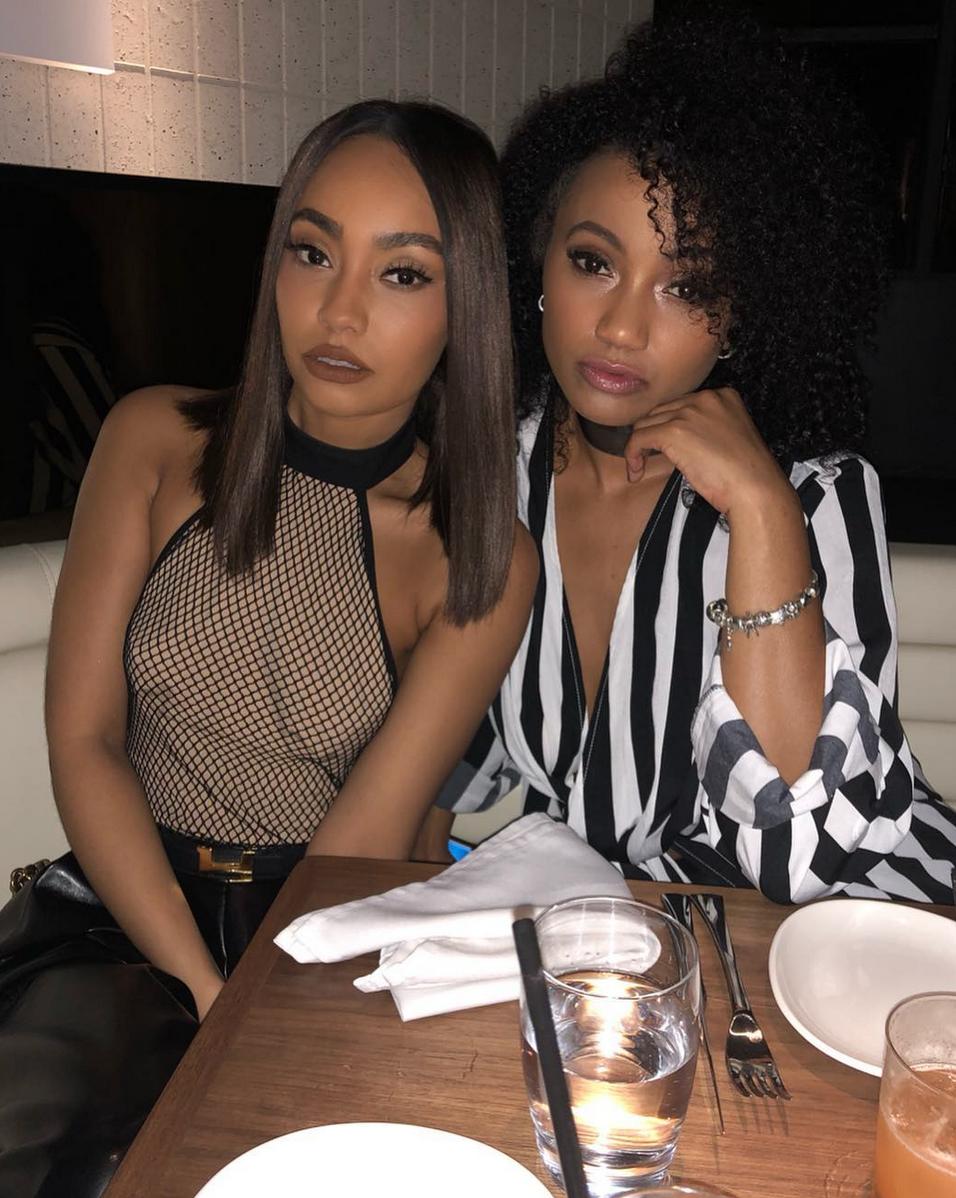 Leigh-Anne even quizzed fans on her Instagram recently and asked, 'Do we look alike? #sistersister' before fans quickly jumped in the comments to share their thoughts on the similarities between the pair.

'Babe.. Both of u looook Soo INCREDIBLE!!!' commented one user, whilst another added, 'YESSS YOU LOOK LIKE TWINS'. One fan really hit the nail on the nead when she commented, 'Yeah you look alike that means double the gorgeous'!

Does Leigh-Anne Have Any Other Sisters?

She does! Whilst we now all know about Leigh'Anne's sister Sairah, what we can also reveal is that she has another sister named Sian-Louise.

Sian-Louise is Leigh-Anne's oldest sister but unlike her two siblings she's largely remained out of the public eye.

Does Leigh-Anne Have Any Brothers?

Leigh'Anne's parents Deborah Thronhill and John L. Pinnock only had three children; Sairah, Sian-Louise and Leigh-Anne. So nope, Leigh-Anne doesn't have any brothers.

Whilst you're here, remind yourself of Leigh-Anne's epic prank on Roman Kemp...