Ready To #GetWeird? Little Mix Are Bringing A Taste Of Their New Album To The Jingle Bell Ball!

Twitter went in to MELTDOWN this morning when we revealed that Jesy, Jade, Perrie & Leigh Anne will be hitting our #CapitalJBB stage in December!

#CapitalJBB trended worldwide yesterday when we revealed that Jason Derulo was the first act confirmed for Capital's Jingle Bell Ball with Coca-Cola, and we didn't think you could get more excited... but we were WRONG!

You've been Tweeting us in your thousands asking for Jesy, Jade, Perrie and Leigh Anne to come back to our #CapitalJBB stage after an EPIC performance in the summer.

> Jingle Bell Ball Hall Of Fame: The Most Popular Performers... EVER!

We revealed the news exclusively on Capital Breakfast this morning (3rd November), and Perrie couldn't be more excited!

“We love doing the Jingle Bell Ball, everyone is on top form for a good laugh and a good boogie and it’s a good chance to catch up with our other artist friends!”

Jade and Perrie got a grilling from Capital's Roman Kemp ahead of their announcement, revealing exactly what we can expect from their performance (Christmas songs, anyone?) and what will be on the girls' rider.

> Jason Derulo Says His Little Mix Collab On ‘Secret Love Song’ Is About A Real Affair! 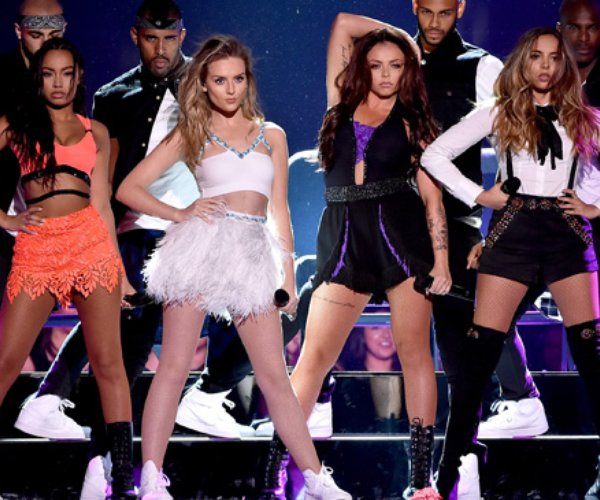 Little Mix are no strangers to our Jingle Bell Ball stage, having performed at London's iconic O2 Arena in 2012 and 2013 - so you know they'll be bringing their A-game when they return on Sunday, 6th December!

Want to guess who ELSE will be on the #CapitalJBB line-up this year? The girls joined Jason Derulo in dropping a few hints at who ELSE will be rocking out on that world-famous stage this Christmas.