Perrie Edwards has defended Little Mix's raunchy lyrics on 'Confetti' reasoning they are all grown women but ensure they sing about sex in a 'cheeky' way.

Little Mix's Perrie Edwards has defended the sexually charged lyrics from the band's sixth album 'Confetti', acknowledging their young fan base but reasoning they are all 'mature' women whilst talking to the Metro.co.uk.

QUIZ: How Well Do You Remember Little Mix’s First Album?

Perrie, 27, defended the NSFW nature of some tracks and said they try to sing about topics such as sex in a 'clever way'.

She told the publication: "I think there’s a way of doing it, there’s being really cheeky and being a bit naughty but not full out saying it."

"It’s just getting clever with the lyrics and I think we’ve done that a lot in the past because we know we have a young fan base."

"We’re mature women, we want to talk about naughty things but we like to respect our fans as well."

Elsewhere in the chat, she revealed two of the band members are now 30, which caused Leigh-Anne Pinnock (one of said 30 year olds) to sarcastically thank Perrie for revealing her age to the world!

The girls have had a huge past week, dropping their incredible sixth album that includes tracks such as 'Sweet Melody' and 'Holiday', crowned a winning band on their show Little Mix: The Search and hosted the 2020 MTV EMAs.

Jesy Nelson had to miss these events as she's unwell, with the girls posting tributes to their fourth member whilst on hosting duties and celebrating as they took home awards for Best Pop and Best UK & Ireland Act. 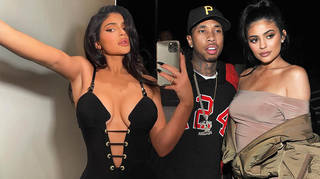