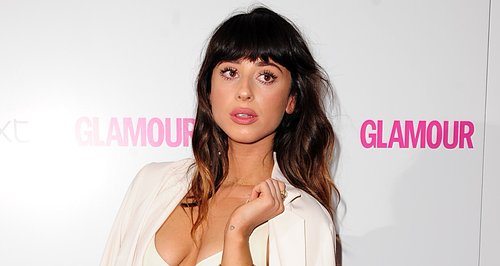 The UK singer teases what fans can expect from her guest spot on the sci-fi series.

Foxes has revealed she doesn't play a villain in the new series of Doctor Who, after being cast in an unknown role, as well as confirming she will sing in the episode she features in.

Foxes on her character in Doctor Who...

The 'Holding On To Heaven' singer announced last week that she has joined as a guest star for the new series, starting new Doctor Peter Capaldi, and opened up about the role at the Glamour Awards 2014 last night 3rd June).

"It was incredible! I've just seen Jenna [Louise Coleman], I need to go up and say hello!" Foxes told Capital's showbiz reporter Kevin Hughes at the event. "We were filming together the other day, so that was lovely.

"I did it on the day and I revealed it the next day," she explained. "It was very difficult, I didn't even tell my mum.

"Because I didn't know if I had it or not for a while, and then I got the call and I did so I was very excited," she added. "People keep asking me if [I'm] the villain, I'm not a villain, I can tell you that.

"She has a signing part, so she's singing in it. So I've done a song for Doctor Who."

Who Is Stormzy’s ‘Fire And Water’ About? Inside The Lyrics

Why Do Fans Sing ‘Sweet Caroline’ For England? Why The Tune's A Football Anthem