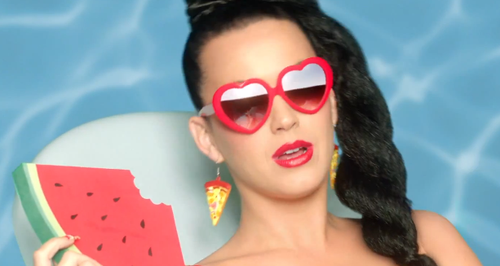 Check out the 10 MOST watched promos from CapitalFM.com this year and see if YOUR favourite made the cut!

2014 has been an INCREDIBLE year for music and has seen some fantastic videos being dropped. Check out the 10 most watched promos below...

It may only have been released a couple of weeks ago, but the video where Tay Tay went cray cray has already crept into our top ten!

Check out our 10 top reason this video proves you should NEVER mess with Taylor Swift right here...

The fourth track from Breezy's album 'X' has been a massive hit on Capital since it dropped back in March this year.

The only artist in this list we hadn't even heard of in 2013 - Kiesza blew us all away when her video for debut single 'Hideaway' was uploaded to YouTube in March. Her flawless dance routine even secured her a place on our stage at the Summertime Ball in June 2014!

Potentially the most hilarious video on this list! The promo for Katy's track 'Birthday' follows the pop princess dressed in five different disguises, performing at (real!!) birthday parties!

We won't lie, we absolutely LOVE Chezza! So when we learned she was releasing new music back in July we got VERY excited! When the video for #CSL dropped, we were mesmerised by Mrs Fernandez-Versini's moves, and even attempted to learn them! You can still practice right here!

What happens when you get three of the BIGGEST voices in pop on one track? Obviously a HUGE Big Top 40 chart-topping hit, but one seriously cool video as well! The LA-shot video dropped in August, and everyone has been obsessed with it ever since!

It's no surprise these 5 boys appear in this list! The video for 'You & I' sees Louis, Harry, Niall, Zayn and Liam walking down a pier while morphing in to each other and trading lead vocals - every Directioner's dream!

The song is catchy and the video is mesmerising and colourful - is ANYONE surprised that Katy's second entry in this list almost broke our site when it dropped in August?

Mix one of the UK's freshest boy bands with a Canadian Vine superstar and you've got a sure-fire hit! #Vampettes in their droves flocked to CapitalFM.com to watch this masterpiece!

One of the BIGGEST hits of the year was obviously going to top this list! The accolade for Most Watched Video On Capital this year goes to Mr. Williams for the phenomenally successful 'Happy' - which has topped the Vodafone Big Top 40 chart four times!