It's OFFICIAL... Rita Ora's The NEW Coach On The Voice UK! 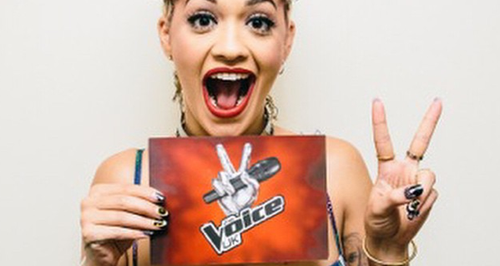 Who saw THAT coming?! Rita Ora's JUST been confirmed as the newest vocal coach on The Voice UK.

The 'I Will Never Let You Down' star joins the show for its fourth series as the replacement for Kylie Minogue, who left the show after one season earlier this year.

"So excited to be part of - and for my team to win - The Voice this series!" Rita said on Twitter to reveal the news. "Let's have some fun will.i.am, Tom and Ricky!

So excited to be part of; and for my team to win The Voice this series!! pic.twitter.com/2c9qIgzG4r

"I'm really looking forward to the blind auditions, and spinning in my big red chair! EXCITED!" she added.

"Rita is sweet, spicy and sassy," Will.i.am added. "She's going to be a great addition to the coaches team."

The Voice UK returns to screens in January next year.