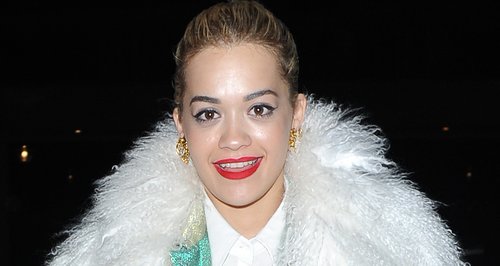 The 'Radioactive' star is recording for her brand new album at present.

Rita Ora has confirmed she is back in the recording studio working on her new album, after flying back out to Los Angeles this week.

The 'R.I.P.' singer has been steadily working on the follow-up to her 2012 debut 'ORA' for the past year, and revealed she is once again in the studio this week.

"#LA #Studio X @adidasoriginals #ritabotsuniform," Rita tweeted yesterday (13th January) alongside a picture of her with her feet up against a mixer deck in the studio.

Back in December Rita confirmed it was "nearly time" to reveal official details about her second studio album.

Rita Ora is widely rumoured to be planning to move in with boyfriend Calvin Harris in Los Angeles sometime soon, while she has also been cast in a supporting role in the upcoming film adaptation of Fifty Shades Of Grey.