Rita Ora Says New Album Is More "Grown Up": "I've Put My Honest Opinion In It" 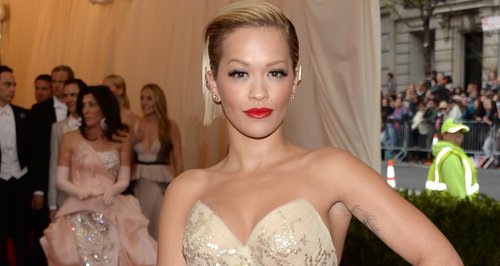 The 'Radioactive' star says fans will learn a lot more about her in the lyrics to her second album.

Rita Ora has promised her brand new album sees her giving her "honest opinion" on a lot of things, as well as showing how much she has grown since starting to write her first album 'Ora' around five years ago.

The 'I Will Never Let You Down' star, who is currently number one on the Vodafone Big Top 40, says her second album means a lot more to her this time because she's put more of herself into the song lyrics.

"This album actually means so much to me because it's the first time I've put my honest opinion in it, if that makes any sense," Rita revealed to Capital's showbiz reporter Kevin Hughes. "When I did my first album I was 18 and I kinda of just wanted to make good music.

> 12 Reasons Rita Ora Will Never Let You Down!

Rita Ora is expected to launch her second studio album later this year, after teaming up with boyfriend Calvin Harris for several songs on the record.