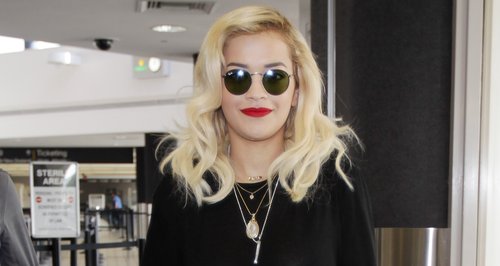 The 'Radioactive' star was on her way back to the film set this week after enjoying the Grammy celebrations.

Rita Ora was spotted jetting back to the set of Fifty Shades Of Grey this week fresh from celebrating the Grammy Awards 2013.

The 'R.I.P.' singer opted for a leather look while catching a flight back to Vancouver after a stay in Los Angeles for one of the biggest weeks in music.

Earlier this month Rita spent some time in Vancouver, Canada starting to film for her role as Mia Grey in the adaptation of E.L. James' incredibly popular novel.

Could this be Rita's Fifty Shades Of Grey costume? See below:

Rita plays the sister of lead character Christian Grey in the movie, portrayed on screen in the new adaptation by Jamie Dornan.

Rita Ora is expected to announce news of her second studio album within the next few months.