The 'R.I.P' singer reacts to hearing the news for the first time with Capital and speaks about which award she'd love to win.

Rita Ora has spoken about her excitement after hearing Justin Timberlake will be performing at the BRIT Awards 2013 tonight (20th February).

The 'R.I.P.' singer has three nominations at the event and has said she's confident it will be a great night with the US star on the line-up.

"Oh my God really? No I'm really excited, I love Timberlake," she told Capital FM. "I love that new song as well – that song's wicked.

Speaking about which of her prizes she would love to pick up on the night, she picked out British Breakthrough, because it is fan voted.

"I would love to get Best Breakthrough and it is the public vote," she said. "It would be incredible." 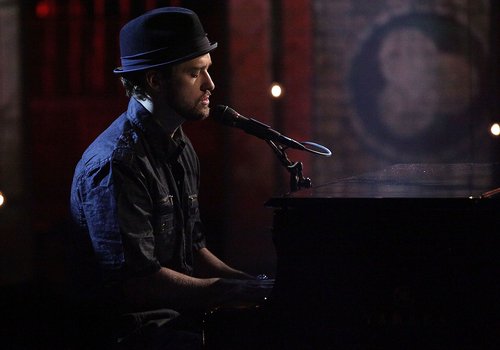 Rita will also be up for Best British Single with Capital FM for her track 'R.I.P' as well as her DJ Fresh collaboration 'Hot Right Now'.

Listen to Rita Ora speaking to Capital's showbiz reporter Kevin Hughes ahead of the BRITs below:

Rita Ora speaks about Justin Timberlake at the BRITs 2013

The BRITs 2013 take place live from London's O2 Arena and feature performances from the likes of One Direction, Robbie Williams and Taylor Swift.