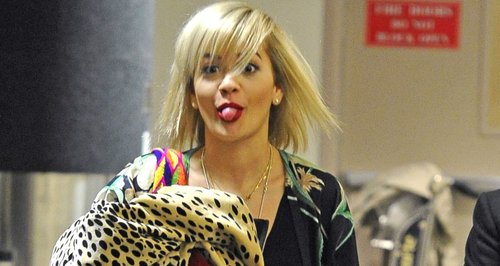 The 'R.I.P.' singer says she is "excited" after arriving ready to start work for her supporting role.

Rita Ora caught a flight out to Vancouver this week to start filming for her role in the movie adaptation of Fifty Shades Of Grey.

The 'Shine Ya Light' singer has been cast as lead character Christian Grey's sister Mia in the adaptation of E.L. James' popular novel, and was pictured landing in Vancouver on Tuesday (14th January) ready for work.

Check out a picture of Rita Ora making her arrival below (Credit: Splash):

Earlier this week Rita was out in Los Angeles back in the recording studio where she was believed to have been working on songs for her second album.