The 'Shine Ya Light' singer hit Soho with her "wifey" last night.

Rita Ora was pictured out with Cara Delevingne last night (30th April) as the pair headed for a night out in London.

The close friends went to The Box nightclub in Soho – with the supermodel showing off her midriff.

The 'R.I.P.' was seen sporting an all white outfit – with knee-high boots and a transparent coat.

The singer also finished off her outfit with a brightly coloured Chanel handbag complete with sparkly strap.

It has also previously been suggested that Rita is planning on helping the supermodel launch her own music career.

Check out a picture of Rita out with Cara in London below: (Picture: Splash) 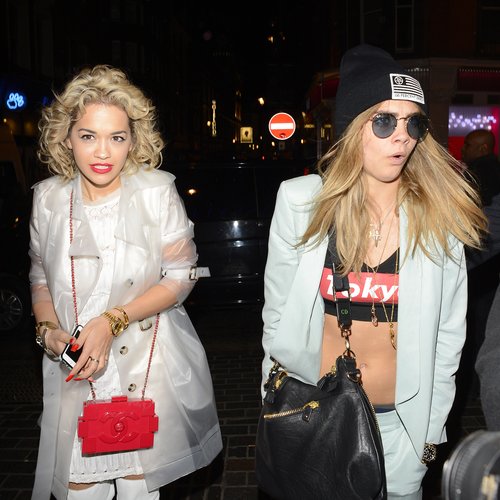 Last night also saw Rita take to Twitter to post a picture of herself with Roc Nation boss Jay-Z.