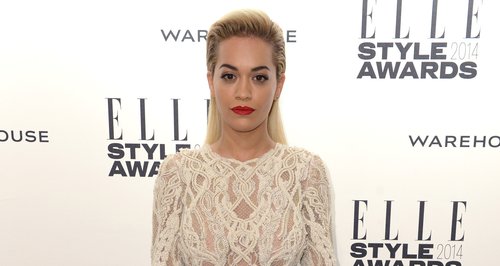 The 'R.I.P.' singer told Capital that all of the nominees are "so good" for this year's event.

Rita Ora has revealed she is backing boyfriend Calvin Harris all the way at today's (19th February) BRIT Awards 2014.

The 'Shine Ya Light' singer also says she is in awe of this years batch of nominees, and "can't even begin" to pick who might walk home with awards later this evening.

"Oh, everybody! They're so good this year," Rita revealed to Capital's showbiz reporter Kevin Hughes at the Elle Style Awards 2014. "I can't even start to begin, I don't know."

Rita's boyfriend Calvin Harris is up for both Best British Single and British Video for his Ellie Goulding team-up 'I Need Your Love', and the 'R.I.P.' star says she will be supporting him tonight.

"I know, and that's another reason I'm going, so fingers crossed!" she added.