The 'Bounce' DJ shared a picture of his girlfriend on Instagram as they relaxed on the beach.

Calvin Harris posted a picture of Rita Ora on his Instagram page this weekend showing the singer channel James Bond girl Ursula Andres coming out of the sea.

The 'R.I.P' star wore a similar white bikini used in the 007 movie Dr No as she soaked up the sun.

The couple went public with their romance back in May when they attended a listening party for Daft Punk's new album 'Random Access Memories'. 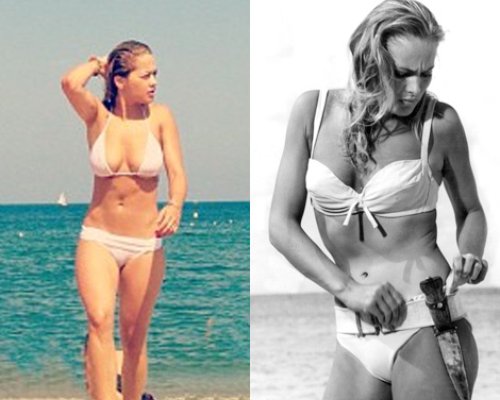 Meanwhile, Rita is also currently working on her second studio album and has been seen in the studio over the past few weeks.

Calvin was also this week named as one of the top earning celebrities under 30 for 2013 earning £30million.