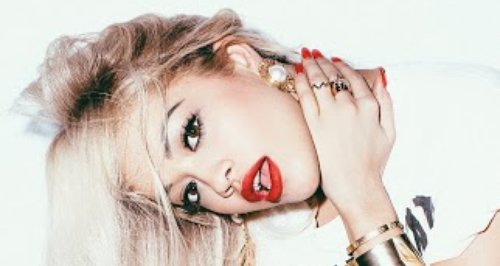 The singer praises Beyoncé and Madonna for their "incredible confidence".

Rita Ora has praised Beyoncé for being a positive role model for women.

The singer described herself as Beyoncé's "biggest fan" and is inspired by her confidence.

"I’m a female who loves empowering women and obviously Beyoncé is one those women," she told the Daily Star. "I was her biggest fan, I loved everything she stood for.

"Same goes for Madonna for having incredible confidence - I couldn’t speak when I met her. I love women who are proud of who they are."

Ora also opened about her role in the upcoming "50 Shades Of Grey" movie, revealing that she would one day like to play a super hero.

"It will probably lead to more sexy parts," she said of her part in the film, adding: "But I want to play a super hero - Wonder Woman, she’s my favourite."