The 'Wings' stars speak about heading down the aisle one day and which tracks will make their special day.

Little Mix have been looking into the future this week and revealed that they already know which songs they will have on their wedding day.

Perrie Edwards was teased about her plans to get married to One Direction singer Zayn Malik and joked that she had been proposed to before telling OK magazine that she has no immediate plans to head down the aisle.

"One day. I think we'd all like that," she confessed. "It's a bit scary for the boy, though. What if the girl says no? That would be awful."

Leigh-Anne also revealed that she has definite plans for marriage.

"Yes! I can't wait to get married. I'm really excited," she said. "I'll walk down the aisle to 'Everybody's Free (To Feel Good)' from Romeo and Juliet then my first dance will be to Usher's 'You Got It Bad' or Jagged Edge's 'Let's Get Married'." 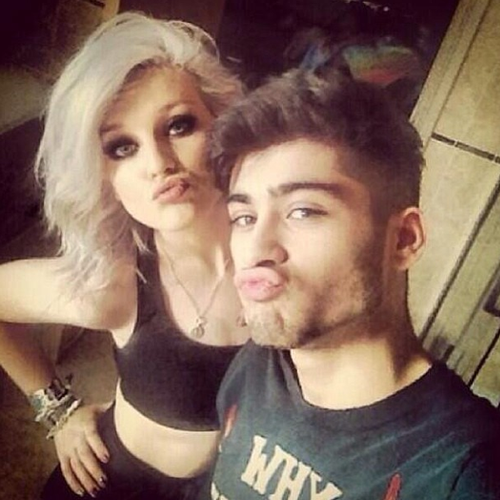 "I have a song - A Thousand Years by Christina Perri," added Perrie.

The singer also recently opened up on her romance with the boyband singer and said the couple are at a stage where the feel "completely comfortable" with each other.