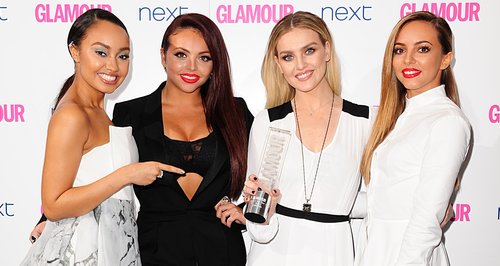 Both acts were among the big winners at the ceremony.

Little Mix and Taylor Swift were among the big winners at this year's Glamour Awards.

Swift - who was not in attendance - won International Solo Artist, while Little Mix picked up the prize for Best Band.

Meanwhile, 'Britain's Got Talent' judges Alesha Dixon and Amanda Holden were also in attendance at the London ceremony, as well as singers Ella Henderson, Sam Smith and Foxes.