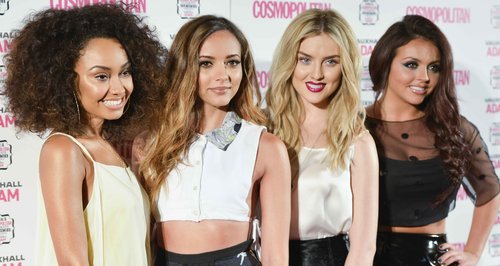 The 'Little Me' band say it's one of the "best feelings ever" to have support from artists they look up to.

Little Mix have revealed that both Backstreet Boys and Spice Girls are big fans of theirs, and say they have been inspired by the two acts themselves while growing up.

The 'Move' four-piece say it is an "amazing" feeling to have acts like nineties girl band Spice Girls showing them support in their music career.

"The Spice Girls have been really supportive of us," Little Mix's Perrie Edwards revealed to Fault magazine. "Which is amazing because they were the best girl band in the world and we always looked up to them when we were younger.

"To have their backing and their support is one of the best feelings ever," the UK singer explained.

"The Backstreet Boys tweeted us about how they loved our album!" Jade also revealed, while Jesy Nelson added: "They said they wanted to go on tour with us!"

Little Mix have had a successful start to 2014 after new song 'Stand Down' made it to number five on the US iTunes Chart.