OMG. Perrie Edwards' Ex Has Thrown SERIOUS Shade At Jesy And Twitter Has Lost Its Mind.

Twitter exploded today when things between Perrie Edwards, Leon King and Jesy Nelson took a sour turn. Can't keep up? Let us fill you in on everything you need to know.

­Okay. You're going to need a cup of tea to stay tuned to this one.

We all know that the Little Mix girls stick together, no matter what. They're there for each other when one is crying on a night out, through break ups, through make ups... you get the picture. 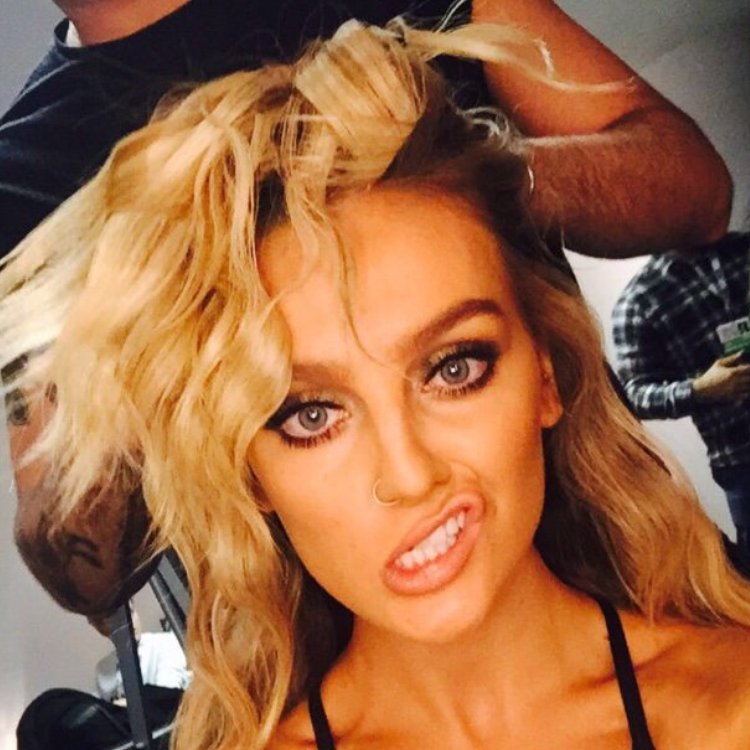 So... remember when Perrie was photographed with Leon King back in December? The pair were spotted out and about at Winter Wonderland looking prettttttty cosy.

Leon King then went on to post a tweet, referencing Pillow Talk which is obvs a reference to Perrie's ex fiancé, ZAYN.

was papped with Perrie back in December.Leon posted about Zayn Malik and Perrie Edward's split and posted this (c).. pic.twitter.com/IWXRO1HJWm

More recently, Perrie has been spotted flirting with a model called Jack on Instagram. All fairly innocent.

Jack then went on to post a video on Instagram where he does A KILLER Captain Jack Sparrow impression. Like… that could ACTUALLY be Johnny Depp.

However, Leon then posted THIS – which he quickly deleted. Sadly, for him, not quick enough because the Mixers still managed to get hold of it.

Leon posted this recently (then quickly deleted it) shading jack (which he has previously done before) (c)... pic.twitter.com/7dCLyFpq0X

When you got people around u Not letting u make up ur own mind it's a circus not a playground , actually a dam shame #he'sstillgotaholdonu

And then Jesy responded…

Perrie then tweeted to which Leon replied with and Jesy replied saying (c)... #VoteLittleMixUK #KCA pic.twitter.com/hYXyTTZSzd

Things then get nasty.

Imagine the big one tries 2 come at me,ur built but ur not built like that concentrate on that relationship b4 ur ass gets cheated on aswel

Jesy took to Instagram to tell her fans to stop replying to him:

And then Jesy made this comment on Instagram & there has been more nasty comments made by Leon #VoteLittleMixUK #KCA pic.twitter.com/QLvd8m75JL

And Leon has most recently said:

The crazies are crazy funny

Wow. We need a lie down.

NEVER mess with the Little Mix girls because you don't just mess with one of them, but all of them.

And as for The Mixers. WOW. Rather Leon than us!