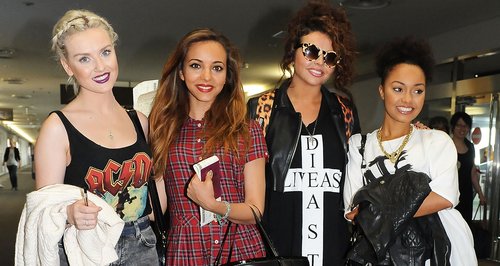 The 'DNA' singers confirmed the title with a live-streamed fan chat on Thursday.

Perrie Edwards, Jesy Nelson, Leigh-Anne Pinnock and Jade Thirlwall hosted a uStream chat on Thursday evening and announced the title by spelling out the word 'Move' in letters.

The band have been steadily working on their second studio album for much of this year so far, and will release' Move' as the record's lead single.

Little Mix burst onto the music scene in 2012 with debut album 'DNA' and a string of hit singles including 'Wings' and 'Change Your Life'.